A Vegan Diet + Whole Soybeans Might Help With Menopause Symptoms 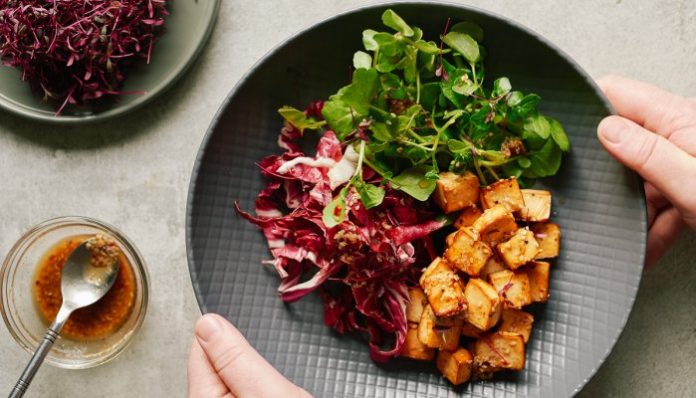 According to the study, published earlier this month, a low-fat, vegan diet, specifically one that includes ½ cup of cooked soybeans daily, helped postmenopausal women decrease the number of hot flashes they reported by a whopping 79%. But not only that: the numbers showed that the frequency of moderate-to-severe hot flashes decreased by 84%, so the hot flashes the women were experiencing were less likely to be, well, brutal. Though it was a smaller study (there were only 38 participants), the results show a strong correlation among that select group.

“About 80% of postmenopausal women have hot flashes in North America” explains Neal Barnard, M.D., FACC, a key author of the study. “But researchers noticed that in Japan, hot flashes were rare when the diet was more rice based but they became quite common when meat and dairy products became popular, suggesting a role for diet.”

The group of 38 women, with an average age of 54, was split into two groups: one followed the specific vegan diet and the other half followed control protocols. The women tracked their symptoms using apps and digital reporting. Those who were following the vegan diet also ate non-GMO whole soybeans, which Barnard explains were cooked in an Instant Pot, but participants could choose how to incorporate them.

9 Signs To Look Out For In Narcissists, From Experts