All about VBACs – vaginal birth after cesarean 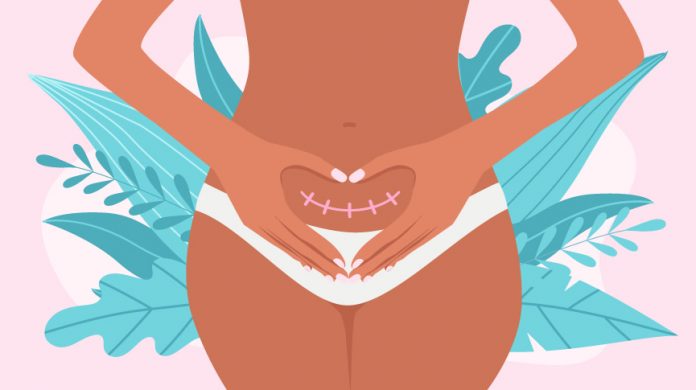 If you’re pregnant and have had a prior Cesarean section, you may be hoping to have a vaginal birth this time around.

This is what they call a VBAC, or “vaginal birth after cesarean”.

Making choices about your birth is a highly personal decision, but we’re here to give you some insight into VBACs. What it is exactly, what the risks are, and how to increase your chances of having one.

What is a VBAC?

Like we mentioned, a VBAC is a vaginal birth after a prior cesarean section.

Another useful term to know is TOLAC or trial of labor after cesarean. A TOLAC that results in a vaginal birth is a VBAC birth.

How and why people choose to birth the way that they do is up to them. There are many reasons someone might hope to have a VBAC.

Or someone had a planned cesarean birth out of choice or for medical reasons and wants to try for a vaginal birth instead.

A c-section is major abdominal surgery and typically comes with a longer recovery period, higher risk of infection, and a greater chance of excess blood loss than with a vaginal birth.

What Are The Risks of a VBAC?

The main concern that providers have over VBACs is the risk of a ruptured uterus. A uterine rupture is when the scar from a previous cesarean rupture during labor.

This is incredibly rare, however, happening in less than one percent of TOLACs.

The risk of uterine rupture increases for people depending on the type of incision they had with their prior cesarean. Typically providers use a low transverse or low vertical incision, which makes you an eligible VBAC candidate. If you’ve had a prior high vertical (classical) incision, you are at a higher risk for uterine rupture, and TOLAC is not recommended.

Here are some other reasons you may not be eligible for a VBAC:

Although VBACs do have potential risks, so do repeated cesareans. Multiple cesareans increase a person’s chance of having a bowel or bladder injury, hysterectomy, or problems with the placenta in future pregnancies. This is especially important to consider if you’re hoping to get pregnant again in the future.

Surgery also typically entails a longer hospital stay, and a longer adjustment period before being able to move on to normal activities.

How Can I Have a VBAC?

In 2013 the VBAC success rate after one prior cesarean for birthing people in the United States was seventy percent. Those are pretty good odds!

Homebirth can be a politized topic but licensed homebirth midwives have just as much training as to how to facilitate a vaginal birth and VBAC as an OB/GYN does. One study examining homebirth after cesarean, or HBAC, found that eighty-seven percent of participants were able to have a successful VBAC.

There are no guarantees in birth, but there are still steps you can take to help increase your chance of having a successful VBAC.

One of the first steps you can take towards having a VBAC is finding a supportive provider.

Not all providers support VBACs for one reason or another. If your provider is pressuring you to have a c-section or showing doubt at your ability to have a VBAC outside of medical reasons, you may want to consider finding a new provider.

When looking for a provider and support, try reaching out to local childbirth educators, other people who have had a VBAC, and local doulas.

It’s also helpful to interview potential providers, not just set up an exam, and ask them about their cesarean and VBAC policies, their specific rates and numbers, and ask about any restrictions they have on VBACs.

Another great resource is ICAN or International Cesarean Awareness Network. This non-profit organization helps provide education and awareness around cesareans and provides a support network for those hoping for a VBAC. They have local chapters as well as a FaceBook page where you can connect with people and ask questions.

You may want to document the beautiful journey that is your VBAC, in that case, why not hire a birth photographer?!