Apple Aims to Push More Patient Data to Doctors. But Who Can Gauge Its Impact on Health? 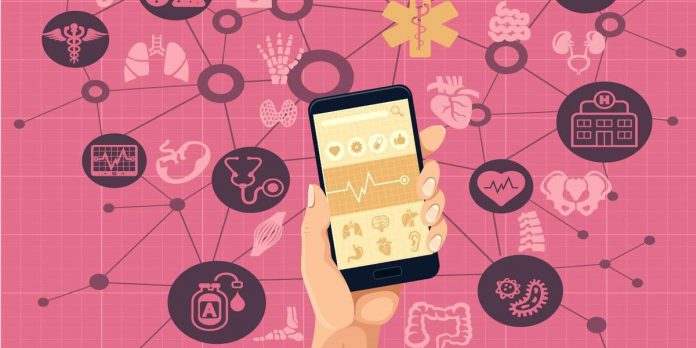 Soon, Apple announced recently, it will enable doctors to monitor health data from their patients’ phones and watches between visits, part of the push into health care that Tim Cook, Apple’s CEO, has declared will constitute the company’s greatest contribution to mankind.

Since 2014, health systems around the country have partnered with Apple to tap into the mountains of data the company’s devices generate from patients. But most are still experimenting with these tools. While some doctors appreciate seeing records of home-monitored blood pressure, exercise and the like between visits, for others the data is more of a burden than an asset.

Over 100 types of data are available in Apple’s health app through iPhone, Apple Watch and third-party apps. In June, Apple said patients whose doctors work with one of the six electronic medical record companies participating in the new feature will be able to send them tracked data like heart rate, sleep hours, exercise minutes, steps, falls or menstrual cycle history.

Some see great promise in building “pipes” between a patient’s phone and the health records viewed by their clinicians. Apple is “democratizing the flow of health data” between doctors and patients, said Anil Sethi, a former Apple health director and current CEO of Ciitizen, a startup that manages health data for cancer patients.

But Apple’s announcement was shrouded in ambiguity and short on particulars. The company would not provide a complete list of the data patients can share with doctors and declined to comment for this article. Previous Apple moves to get more data into the hands of doctors have been announced with great fanfare, but questions remain as to how many health care providers are using the data and to what effect, and whether success stories are the norm or outliers. To date, rigorous studies showing clear health benefits from monitoring these types of data remain limited.

Although Apple has built pipes enabling patients to share growing amounts of data with medical professionals, it’s unclear how much data flows through them.

In 2014, Apple released HealthKit, a tool enabling health systems to pull in patients’ health data, with their permission, from their iPhones. At the time, then-Mayo Clinic CEO John Noseworthy said this would “revolutionize how the health industry interacts with people.” But a Mayo spokesperson told KHN the system’s use of HealthKit is now limited.

Cedars-Sinai Medical Center said in 2015 that, through HealthKit, more than 87,000 patients had been able to share their data, an arrangement Cook touted on a quarterly earnings call. A Cedars-Sinai spokesperson declined to comment on what became of this project.

Even Apple’s attempts to use its own employees’ app data to improve their medical care have yet to pan out. The Wall Street Journal reported that an Apple initiative testing a new primary care service for doctors to monitor Apple employees’ health through their devices had stalled. The company said many of the story’s assertions were inaccurate.

There have been a few reports of success. Ochsner Health in Louisiana reported that patients in a hypertension management program that provided health coaching while monitoring blood pressure data from mobile phones were more likely than a control group to get their blood pressure under control, follow their medication regimen and feel satisfied with their care. The health system now also has remote monitoring programs for diabetes, chronic obstructive pulmonary disease and expectant mothers, an Ochsner spokesperson said.

And Epic, the nation’s largest health records company, said that over 100 of its large health system clients are using Apple HealthKit to capture data from home monitoring devices like blood pressure cuffs.

But patient-generated data has not been widely adopted in health care, said Dr. Benjamin Rosner, an associate professor of medicine at the University of California-San Francisco. He and others point out major hurdles.

One, Rosner said, is that evidence is mixed that monitoring such data improves health.

Another is that doctors generally aren’t reimbursed by health insurers for reviewing data that patients collect at home.

“In America, we generally pay doctors and health systems to see patients in front of them and do things to them when they show up,” said Matthew Holt, a health technology startup adviser.

In instances in which doctors can be reimbursed for remotely monitoring patients, like those with certain chronic conditions, the payment is usually low, Rosner said.

“Primary care doctors are overwhelmed by their inboxes,” said Dr. Rebekah Gardner, an associate professor of medicine at Brown University. “Before people start buying Apple Watches and sending all their sleep hours, let’s show that this improves health.”

Liability concerns weigh on some doctors’ minds. Dr. Oguchi Nkwocha, a community health center physician-executive in Salinas, California, worries he could be held liable if he missed something in “a diary of data,” but said he might be more open to data that was analyzed and presented with predictive insights.

Apple isn’t the only tech company that has struggled to make health app data-sharing mainstream. Both Google and Microsoft enabled patients to share their data in their personal health record products over a decade ago but shut down these businesses because of limited user adoption, Holt noted.

Optimists believe that, eventually, research will show that more forms of data monitoring lead to better health and that technology could help make the data more digestible for doctors. Then, Apple might succeed in making its apps part of medicine — assuming the payment system changes in a way that gives providers more incentives to identify problems early and intervene before people get critically ill, Holt said.

“This is exciting for the future of chronic care management,” Dr. David Cho, a UCLA Health cardiologist, said of the new feature. With data at his fingertips on risk factors like exercise, diet and blood pressure, he believes he could help his patients manage chronic conditions more easily. That data, combined with virtual visits, could mean fewer office visits.

Apple’s announcement that it can integrate patient-generated data into the electronic medical record could be critical for doctors who want to see their patients’ self-collected information but don’t have time to hunt for it, said Dr. Seth Berkowitz, who leads a remote monitoring app pilot program at Beth Israel Deaconess Medical Center in Boston.

Some patients welcome a feature that would make it easy to share data with their doctors. Jen Horonjeff, a New York City-based autoimmune disorder patient and health care startup CEO, recently discovered by using an Apple Watch tracker that her heart rate, which doctors had described as irregular, registered as normal.

“I would absolutely send this to my physicians,” Horonjeff said, noting that her data would give doctors an accurate baseline of her heart rate if she were hospitalized.

But Gary Wolf of Berkeley, California, co-founder of the Quantified Self, a movement of people who track their health and other personal data, said that finding a doctor trained to make decisions with “fine-resolution data” is impossible.

Without more evidence that getting health app data to doctors is clinically beneficial, it will be hard to assess whether Apple is succeeding, said Neil Sehgal, assistant professor of health policy at the University of Maryland.

“Right now, we don’t know if there are consequences if you don’t put your Apple Watch data into your electronic medical record,” he said.

If evidence ultimately shows a benefit to sharing this information with doctors, he said, “that benefit will be concentrated among people who can buy the $1,000 phone and $400 watch.”

KHN (Kaiser Health News) is a national newsroom that produces in-depth journalism about health issues. Together with Policy Analysis and Polling, KHN is one of the three major operating programs at KFF (Kaiser Family Foundation). KFF is an endowed nonprofit organization providing information on health issues to the nation.