Are These 10 Popular Recovery Methods Effective? 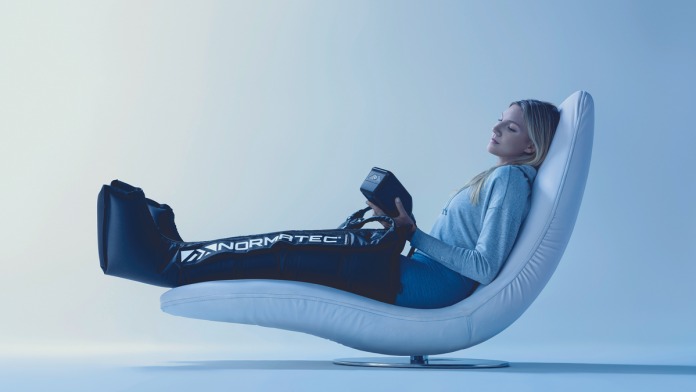 If your idea of recovery consists of a few halfhearted stretches and a hot shower, it’s time to level up. Here are 10 of-the-moment practices to help revamp your recovery routine and speed along your progress.

The theory behind this practice is that low-level wavelengths of red light penetrate the skin and supercharge the mitochondria, which, according to a study published in Seminars in Cutaneous Medicine and Surgery, enables them to produce more energy. A review of research published in AIMS Biophysics also reported that regular use of RLT can help reduce inflammation, speed muscle recovery, promote quality sleep and even clear up skin issues such as acne, rosacea and wrinkles — all from passively standing in front of a light. However, other experts believe that the benefits of RLT are exaggerated, and a systematic review of 11 studies concluded that while at-home devices are likely safe, additional research is needed to evaluate their true efficacy and worth.

The take-away: Red light therapy probably won’t hurt you, and you may even see some benefits. But a personal-use unit can be pricy, so consider your budget before Amazoning it.

This protocol uses wired electrode patches that deliver to electrical impulses to a targeted area or muscle, causing the muscle(s) to contract. If temporary pain relief is your goal, EMS could be the way to go. “The goal is to stimulate the spinal cord in such a way that it blocks or inhibits … pain,” says Jordan Duncan, DC, owner of Silverdale Sport & Spine in Silverdale, Washington. Essentially, these electrical impulses trick your brain into focusing on a sensation other than discomfort. Your body can’t differentiate between a voluntary muscle contraction and an electrically stimulated one; it just recognizes it as a stimulus and acts accordingly.

The rapid muscle contractions caused by EMS have been shown to help reduce swelling and inflammation by creating a pumping action that pushes fluid out of the muscles, and a study published in the Journal of Strength and Conditioning Research found that the practice helped athletes gain a performance edge. Other studies report that EMS trains your muscles to fire more fibers at a given time, which may help increase force production and strength.

EMS isn’t meant to be a long-term solution for pain, and it won’t alter your tissues to heal an injury, but if you’re looking to reduce inflammation and potentially boost strength, give it a whirl.

CBD is in everything these days — lotions, rubs, beer and even potato chips — and this non-psychotropic cousin of THC has become a bit of a punchline. But April Hatch, RN, co-founder of Cannabis Care Team, an organization that offers support and education on the use of medicinal cannabis, has seen firsthand how CBD can support recovery and overall wellness. “CBD [can be used] as a supplement for the endocannabinoid system, which is responsible for managing appetite, mood, sleep and more,” Hatch says. CBD may reduce postworkout inflammation and soreness, she adds.

And the research concurs: A 2020 review of more than 200 studies published in the journal Sports Medicine indicated that CBD may help alleviate the inflammation and pain associated with exercise, and it also may protect against gastrointestinal stress, which can reduce oxygen and nutrient delivery to healing muscles. Another 2020 study published in Pharmacological Research revealed that CBD helps improve sleep quality, thereby assisting with recovery and boosting subsequent performance.

Finding the right delivery system (Hatch prefers tinctures and oils) and dosage may require experimentation, and don’t expect immediate results: According to Hatch, it may take up to a month of daily use to notice the effects of CBD.

CBD is safe for most people but may interact with some medications. Talk to your doctor before starting a regimen, and seek out prod- ucts that have been third-party tested for contaminants.

“K-tape” is the Swiss Army knife of recovery tools. It can be used on almost any bodypart and, if applied properly, will stay put through several days of regular activity and sweaty workouts. Besides decompressing tissues, improving blood flow and reducing swelling, k-tape works according to the “gate control theory.”

“The tape activates nerve receptors in the skin, which stimulate that nerve to fire,” Duncan says. “In essence, this blocks the signal coming from any painful or injured tissue. The tape also provides information that compensates for the lack of sensory input that occurs when a muscle gets fatigued. This is important because fatigue is one of the main predictors of injury.”

YouTube offers a wealth of taping tutorials, though you may need a second set of hands to help with hard-to-reach areas. Don’t apply k-tape to any open wounds (scars are fine), and if you have sensitive skin, spot- test a small area of skin before wrapping yourself up like a mummy.

If you’ve been active for a while, you’ve probably used a foam roller before. “Whether you’re a sprinter or a long-distance runner, weightlifter or yogi, your body is constantly trying to adapt to stress,” Duncan says. “[Exercise] involves the breakdown and repair of tissues and, if left to its own devices, can develop knots, trigger points and adhesions.” Just 30 to 60 seconds of foam rolling can increase blood flow to a targeted area, helping release adhesions and improving the flexibility of soft tissues.

Duncan recommends rolling after a workout, lingering a bit longer on tender spots and adding some active movement of the associated joints to the compression from the roller. (For example, while rolling your quads, slowly bend and extend your knee.) Foam rolling is pretty intuitive; just avoid bony protrusions like kneecaps and hipbones, as well as any bruised or injured areas.

Cold plunge is a decidedly sexier term than “ice bath,” but either way, you’re sitting in a tub of freezing cold water with the goal of decreasing inflammation. “A cold plunge works the same way as icing a bodypart, except the entire body is immersed in the cold,” Duncan says. “This can decrease swelling and inflammation and has been shown to calm nerve fibers, which carry signals that often result in pain.”

Within the medical community, however, there are conflicting opinions on how useful it is to disrupt inflammation in this manner. “Some say we need to trigger the inflammation response [to] start the healing process,” explains Sara Mikulsky, PT, DPT, founder of Sara Mikulsky Wellness Physical Therapy in New York City. Some research even suggests that cold therapy might derail recovery: In one study published by the Journal of Strength and Conditioning Research, participants who used cold packs after a heavy lifting session felt greater muscle fatigue 72 hours later than those who skipped the icing altogether. What’s more, everyone’s inflam- matory response is different. “Some bodies are very good at regulating inflammation, and others experience over-inflammation,” Mikulsky says.

If an ice bath helps quell the aftermath of a grueling workout, go ahead and take the plunge. Just limit your soak to 15 minutes, tops, to prevent skin irritation.

A cold shower can be a tough sell, but alternating between hot and cold water during a shower literally gets your blood pumping, helping alleviate swelling and inflammation. “The cold constricts the blood vessels and then the warmth immediately dilates them, allowing the blood to rush in,” Duncan explains. Repeating that process several times is like flushing your system over and over. And one study published in the Journal of Strength and Conditioning Research found that athletes who used contrast showers following a leg workout recovered faster than those who took a passive 15-minute break.

Of all the recovery methods, contrast showering is probably the most accessible — and affordable: All you need is a shower and the willingness to be uncomfortable. Begin with a couple of 20-second intervals and gradually work up to a full minute, switching from hot to cold a few times.

Proponents of Epsom salt baths claim that the practice draws out bodily impurities and/or infuses muscles with healing magnesium sulfate. These assertions aren’t really backed by any credible scientific research, but that doesn’t mean Epsom salt baths shouldn’t be part of your recovery. “People generally feel better when they’re in a warm bath,” Mikulsky says. The heat itself is soothing, and the salt’s skin-softening effects may help you feel less tense overall.”

If you enjoy an Epsom salt bath after a workout, go ahead and treat yourself — just don’t expect any physiological changes. “It probably falls into the category of a spa treatment and not a therapeutic treatment,” Mikulsky says.

Originally, the cordyceps fungus was found growing on caterpillars in the Himalayans and was harvested to treat everything from weakness and infertility to cancer and liver disease. Today, it’s grown commercially and processed into tea, powdered drinks and pills that promise a multitude of benefits, including increased energy to maximize your workouts and your recovery. Research supports these promises: A study published by the Journal of Dietary Supplements revealed that after three weeks of daily cordyceps supplementation, participants’ maximal oxygen consumption (VO2 max) and time to exhaustion improved significantly during high-intensity exercise.

Cordyceps is relatively affordable and widely accessible, so if you’re comfortable in the supplement aisle, it’s worth a shot. Note, however, that if you’re on medication or have any significant health issues, check with your doctor; cordyceps may contain blood- thinning properties.

No matter if you use clothing or gadgets, compression is an easy way to combat swelling. Compression socks/stockings help prevent fluids from pooling in your feet and calves, and wearing compression clothing during exercise may help you feel less stiff or heavy as you train. Tools such as inflatable boots, gloves and sleeves operate on the same concept and often use a technique called intermittent pneumatic compression, in which the device repeatedly inflates and deflates, promoting blood flow through rhythmic compression. This process and pressure are similar to a massage and can help relieve aches and pains, Duncan says.

While generally safe and effective, compression can irritate sensitive or brittle skin. Also, anyone with diabetes should talk to their doctor before using compression.