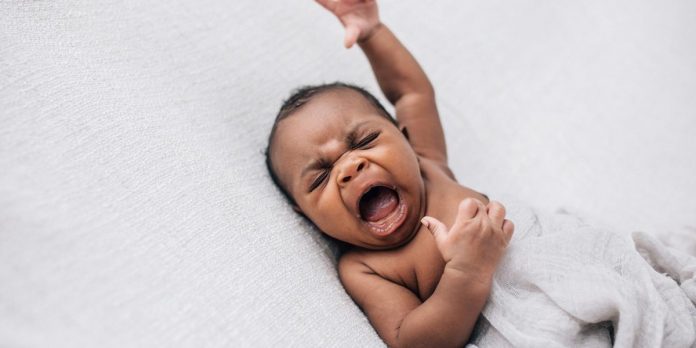 As if finding out she was expecting in the midst of a global pandemic weren’t news enough, Merrick Smith said her surprise turned to shock last year when she later learned that she was carrying twins, due on Christmas Day.

Her pregnancy started off pretty normal, and working from home, as many resorted to during the shutdown, turned out to be a convenient perk for the married mother of a then-two-year-old daughter. That all abruptly changed during her sixth month, when she ended up in the emergency room at a nearby hospital because of heavy bleeding.

“[Doctors] don’t know if it was … a blood clot that was passing or some kind of placenta abruption that was taking place, but I spent about five days in the hospital,” remembered Smith, 37, of Ypsilanti, Michigan. “I was home for about a week and a half before actual preterm labor hit.”

Her medical team at the University of Michigan C.S. Mott Children’s Hospital in Ann Arbor monitored her increasingly stronger contractions, and her cervix continued to dilate. Her maternal/fetal health specialist eventually concluded that Smith needed to deliver her girls via emergency cesarean section surgery.

Daughters Melliah and Merriah were born on October 14,2020, at 29 weeks and five days’ gestation. Weighing 3 pounds, 5 ounces and 2 pounds, 8 ounces respectively, they initially struggled with breathing and feeding. The next three months were an exhausting blur for Smith and her family that included daily hospital visits with both babies in the neonatal intensive care unit (NICU) and, eventually, the added challenge of managing one at home, while the other remained hospitalized.

“I was very overwhelmed,” recalled Smith of what she describes as her “NICU journey.” After 56 and 96 days respectively, both of her girls finally made it home. Nine months later, she says they’re both at a healthy weight and thriving.

Delivering preterm is very common, especially for expectant mothers of color. Black women in America, like Smith, experience premature delivery at a rate 50% higher than all other racial groups throughout the country. Research affirms that Black, Latino and Indigenous women experience pregnancy complications at higher rates than non-Hispanic white women. They are also more likely to experience maternal death and negative outcomes following complications.

For the fifth year in a row, the U.S. preterm birth rate has increased, representing 10.2% of births. Preterm birth — when an infant is born before 37 weeks — and its complications were the second largest contributor to infant death across the country in 2019, according to Centers for Disease Control and Prevention data.”

Based on these factors, the babies and the moms can often have [many] long-term health considerations,” explained Dr. Anna Euser, a maternal-fetal medicine specialist at UCHealth University of Colorado Hospital.

Although it’s too soon for any conclusive research results, early data suggests that Covid-19 hasn’t helped. For one thing, Black people, including Black women, have an elevated risk for both getting infected with and dying from the virus. Early data has also shown that there may be an increased risk of preterm birth and pregnancy loss among pregnant women infected with the virus.

“Covid-19 has shown up as more severe among pregnant people; specifically, [they are] more likely to be hospitalized or admitted to the ICU,” said Jamille Fields Allsbrook, who oversees policy development and strategic planning for the Center for American Progress (CAP), which has issued several reports on health disparities in preterm birth.

Euser said that the impact of Covid-19 remains unclear.

“Some studies show a higher preterm birth rate with Covid … while other studies have not shown an increased rate of preterm birth,” she said. “The data is really mixed.”

Covid risks aside, premature birth is a leading cause of infant death in the United States along with pregnancy-related complications. Nearly two-thirds of infant deaths occur during the first month after birth, often from congenital abnormalities and complications from preterm births, a 2019 CAP report concluded, and the effects are devastating for parents and families.

“For the moms, it can be stressful, especially when mom goes home and baby has to remain in the hospital,” said Euser, also a professor of maternal-fetal medicine at the University of Colorado. And that stress can make postpartum depression worse as well.

Adding to the concerns for expectant Black mothers is that Black women die from pregnancy-related complications at three to four times the rate of non-Hispanic white women, regardless of income or background, and the death rate for Black infants is twice that of infants born to non-Hispanic white mothers.

“[Preterm birth is] no longer the issue that it once was among the general population, but it remains among Black and indigenous folks and also among certain subsets of the Latinx population; the rates are not comparable to [those] among white people,” Allsbrook said.

According to Euser, a growing body of research finds that the effects of racism, such as conscious and unconscious bias against women of color in the healthcare setting and economic disadvantages among women of color, not race itself, are the driving force behind these unequally high rates of maternal and infant deaths among Black people. In addition, researchers have found that chronic stress, which can also be brought on by racism, can increase levels of the stress hormone cortisol and inflammation, which have been associated with increasing preterm birth risk.

Allsbrook said the need for solutions is urgent and must be approached systemically.

These steps can help minimize the risk of long-term complications associated with premature birth that are often costly and stressful for families to manage, including:

Even when there is a happy ending, as in Smith’s case, preterm birth can be economically and emotionally devastating for families. Seeking long-term solutions and pushing for preventive measures on the policy level will have wide-ranging benefits for all.

Many advocates advise at-risk pregnant mothers to be vigilant, hold their healthcare providers accountable, and not be afraid to advocate for themselves and their babies.

This resource was created with support from Covis.

What I Eat in a Day with Noel Davis