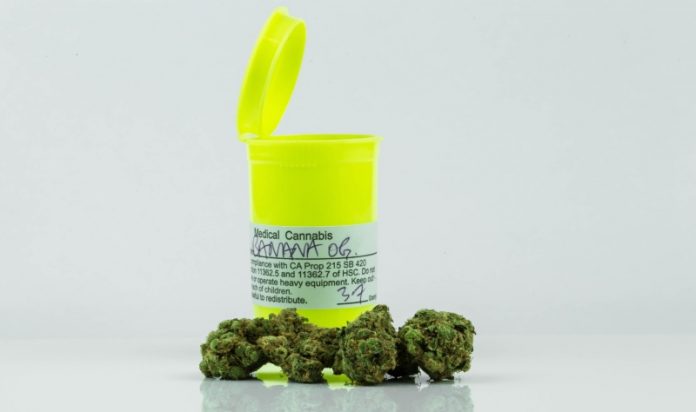 Members of the state House and Senate have approved S.B. 1201, legalizing the adult-use marijuana market.

Next, they will submit the measure to Democratic Gov. Ned Lamont today, who is expected to sign the bill into law.

The Nutmeg State will be the fifth after New York, New Mexico, Virginia, and technically New Jersey, that approved legalization this year.

According to NORML, the proposed measure allows adults 21 and older to possess up to 1.5 ounces of cannabis flower or an equivalent amount of cannabis concentrates in public and up to five ounces of marijuana in their private residence.

Adults will be able to possess cannabis without penalty beginning on July 1, 2021.

Those with past criminal records for activities involving up to four ounces of cannabis will automatically expunge their convictions.

Those with convictions for more serious offenses can petition the courts for relief.

Licensed retailers will be subject to state and local regulations, and local municipalities may impose moratoriums on cannabis-related businesses.

Retail purchases will be subject to the state’s sales tax.

Designated public consumption facilities are permitted under the law in municipalities with 50,000 residents or more.

Home cultivation is permitted under the measure.

Patients registered in the state’s medical cannabis program will be allowed to home-cultivate cannabis later this year.

At the same time, non-patients must wait until 2023 until they are legally permitted to home-cultivate marijuana for their personal use without any penalties.

The measure limits the discriminatory actions that employers, hospitals, and others may take against those who test positive for past cannabis exposure.

It also provides protections for parents and tenants who use cannabis in compliance with the law. The bill mandates that the odor of marijuana alone cannot be used as a basis for police to search an individual.

It prohibits jail time as a penalty for those under 21 who are caught in possession of marijuana.

Young adults (those ages 18 to 20) will face civil penalties for marijuana possession.

“Connecticut is just the latest domino to fall as states begin to repeal their failed prohibition of marijuana and replace it with a sensible system of legalization and regulation,” said Erik Altieri, NORML’s Executive Director. “Federal lawmakers need to stop dragging their feet and get the message: it is time to take swift action to end our federal prohibition and allow states to legalize marijuana as they see fit.”

“While stronger language surrounding equity in ownership is needed, it’s very encouraging that substance use disorder and mental health treatment will have a dedicated fund that will receive 25 percent of tax revenues,” said Zachary Green, President of the UConn Hartford Students for Sensible Drug Policy (SSDP) chapter.

Green, who helped mobilize a rally for legalization in April, continued, “Today is a historic day, but tomorrow we’re right back to organize for more sensible policies at every level of government.”

Green cites the fund, plus the fact that students will no longer be discriminated against via enrollment or penalized due to their cannabis consumption, “is huge progress.”

Some young-adult-specific highlights of the bill include:

“SSDP’s youth and students across the globe are changing laws in their community. Connecticut is just the most recent example of SSDP members leading the fight for a more sensible world,” said Jason Ortiz, Executive Director of SSDP and resident of Connecticut.

Ortiz was arrested for possession of cannabis while still in high school.

“There is no doubt that the training and support we received from SSDP created the foundation for the movement we have built, in Connecticut. Today’s victory is proof that a small group of committed citizens can change the world,” said Ortiz.