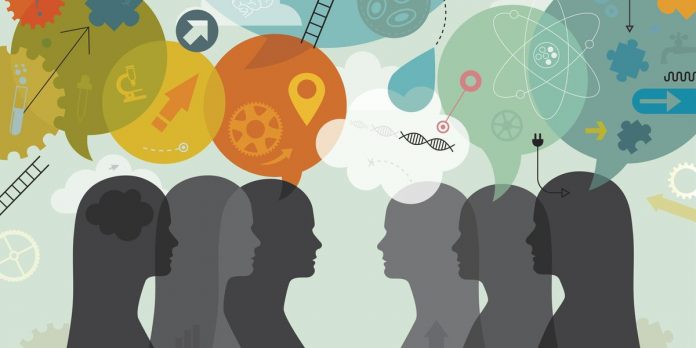 During the COVID-19 quarantines, scientists, like most professionals, took their work home.

Women researchers, however, bore the disproportionate burden of caregiving responsibilities, forcing a drop in their productivity. Although this decrease may be temporary, my research suggests the hit to women’s reputations and their scientific impacts may compound over time, potentially setting female scientists back by years, if not decades, compared to their male colleagues.

The reason is the inequitable structure of rewards in science. I study social systems from the perspective of network science, which focuses on the structure of connections between people. My colleagues and I analyze statistics about scientific publications to understand how collaborations form and how researchers cite each other.

We have found that inequalities in science emerge from biased individual decisions about whom to cite. Our work shows that this leads to gender disparities in scientific impact.

Science is far from egalitarian. A small group of “top” scientists receive a disproportionate share of recognition, awards and funding opportunities compared to the rest. The inequality is rising: In 2015, 1 in 5 papers cited a “top” researcher — someone among the 1% of the most-cited scientists. That increased from 1 in 7 papers in 2000.

One of the first researchers to explain how structural factors skew scientific rewards was Robert Merton. He described the mechanism of cumulative advantage, dubbed the Matthew effect after the Biblical book of Matthew, “the rich get richer, while the poor get poorer.”

Cumulative advantage channels bigger rewards to researchers who are already advantaged. The more-eminent scientists receive disproportionate credit for joint work done with lesser-known colleagues. The more citations a scientist receives, the easier it is for others to discover his or her papers and cite them in their own work.

Other factors interact with cumulative advantage to create structural inequalities. For example, a faculty position at a more prestigious institution brings opportunities to join larger and higher-profile collaborations, and be mentored by better-known researchers, which bring still more recognition and opportunities. As a result, a few “top” researchers receive disproportionately more recognition than the rest.

Scientists tolerate these skewed reward mechanisms because they believe that they motivate all researchers to produce their very best work. Scientists have written about this problem since the 1970s, recognizing that the field tolerates unfair recognition and that the unequal recognition system could be getting worse in the internet age.

And so, cumulative advantage snowballs: The “best” get hired at more prestigious institutions, where they find more mentors and more opportunities to produce more outstanding work.

Conventional wisdom says: Inequality in recognition simply reflects the inequality of merit. However, evidence has emerged over the years that factors other than merit affect scientific recognition.

One study found that papers published in a journal that became defunct received 20% fewer citations than similar papers in journals still publishing — even when the defunct journal papers were widely available.

Another extraneous factor — gender — was found to affect faculty hiring, tenure, getting published in prestigious journals and other academic rewards.

The inequalities due to gender, race, class and other factors harm scientific innovation and the purpose of science itself.

Inequalities reduce the diversity of the scientific workforce and the creativity and productivity of collaborations. Women remain a small minority of researchers in many fields. Since hiring and promotion decisions depend on the metrics of impact, gender disparities systematically limit women’s career opportunities, regardless of their individual merit.

Inequalities reduce the talent of the scientific workforce. The fewer women faculty who serve as mentors, the fewer talented young women will go into science. Research shows that girls who score in the 80th percentile on high school math and science assessments choose to major in science at low rates — the same rate as the boys who score in the 1st percentile.

Inequalities poison the culture of science. Economic inequality, where a small minority controls the disproportionate share of income and wealth, reduces well-being and increases mortality, crime and social problems. Scientific inequality is less studied but may result in similarly corrosive effects that deter talent from entering science.

Changing how scientists credit each other could reduce inequality. Our analysis of citations inequality shows that merely increasing the size of the group receiving less recognition — through hiring or affirmative action, for example — does little.
[Over 100,000 readers rely on The Conversation’s newsletter to understand the world. Sign up today.]

This is less about recognition and more about spurring scientific innovation on which society’s prosperity depends. The pandemic has altered the career trajectories of many women, but it is the inequalities endemic in science that may keep them from catching up.