Foods to Avoid That Cause Bad Breath 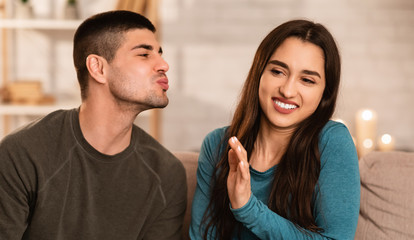 Did you know that there are specific foods that may lead to bad breath? This is because of volatile sulfur compounds – the culprit in causing bad breath! We’ve done the research so you don’t have to! Find out all of the Foods to Avoid That Cause Bad Breath in this Article!

For example, if food sits out too long it will spoil. That spoiling action is due to anaerobic bacteria breaking down proteins in that particular food. In milk, the odor of sour milk is caused by relatives of the bugs that create bad breath when they break down proteins in the milk (and basically in all dairy foods). A reaction takes place where ‘the bad breath bugs’ extract sulfur compounds from the amino acids in these proteins.
Specifically, the amino acid Cysteine is converted to Hydrogen Sulfide (which has a rotten egg smell) and Methionine becomes Methyl Mercaptan (which smells like a cross between old socks and garlic). The same analogy applies to meat if it sits out too long.

Everyone knows that onions and garlic will create bad breath. But do you know why? It’s because the odorous molecules in onions and garlic are actually sulfur compounds themselves called Mercaptans. Sulfur is nature’s way of creating odors. You’re all familiar with the skunk. Its odor is created by a defense and/or attack mechanism. Skunk odor is made up of skatoles, which are naturally occurring sulfur compounds. In a similar fashion, bacteria in your mouth creates the
volatile sulfur compounds of bad breath and taste disorders.

There are 4 food categories that will result in an increase of sulfur production because these categories have a stimulating affect on the bacteria that cause bad breath:

Let’s look closely at each of these food categories and how they stimulate bad breath!

DRYING AGENTS
The most common drying agent in food is alcohol. Alcohol of course, is the basis of all “adult” beverages such as beer, wine, and hard liquor. It is also used, unfortunately, in many mouthwashes you find in the grocery stores, which only makes a bad breath problem worse.

Alcohol, known chemically as a desiccant, is used quite often in laboratories to “dry out” hard to reach areas in test tubes and beakers. The same end result takes place in the oral cavity.

Although cigarettes are not really food, smoking is probably the quickest way to dry out your mouth, with alcohol being the second. If you smoke, you are bound to have bad breath!

DENSE PROTEIN FOODS
Dairy foods are notorious for creating bad breath. An article that appeared in the “Los Angeles Times” once noted that over 50% of the population in Southern California was “lactose intolerant”. With regards to bad breath, many of these people (numbering in the tens of millions) end up with more dense proteins available as bad breath fuel for the bacteria than those who have no problem with dairy foods like milk, cheese, yogurt, ice cream, etc. The end result is a buildup of
amino acids, which are easily converted into volatile sulfur compounds by the anaerobic bacteria found within the surface of your tongue and throat.

To a lesser extent, people have the same problem with other types of food that are considered to be dense in protein such as beef, chicken, and fish.

Another problem, thankfully rare, has to do with people who have an inability to break down certain proteins found in beans. This condition is called TMA (Trimethylaminuria) and is sometimes known as the “Fish Odor Syndrome,” because the odor produced is similar to decaying fish. The odor consists of sulfur compounds, plus nitrogen compounds (amines). People with this condition must abstain from beans and other types of food that are dense in protein.

SUGARS
Wouldn’t it be great if we could get rid of bad breath by chewing on M&Ms? Or what if the cure for bad breath were Hershey Kisses?

That’s what the makers of Altoids would have you believe. Altoids, and other products of the same ilk, are trying to fool the public into believing that a strong “good” taste in your mouth is equivalent to the “freshness” of your breath. This is so anti-scientific it’s absurd! If you think about it for a minute, it really doesn’t make any sense.

By using concentrated mint flavorings, your taste buds pick up mint as a taste. However, Altoids contains two types of sugar which again, are a fuel for the bacteria to reproduce and create more sulfur compounds – thus bad breath. In addition, the frightening part is that other bacteria can take the sugars and produce glycan strands, which in turn end up causing thick layers of plaque on the enamel of your teeth and around your gums. This leads to tooth decay and gum disease – and you guessed it – worse breath than you started with!

Since you can’t smell your own breath, you just go merrily along with that great strong mint taste in your mouth, while others close to you are backing away – backing away from your increased bad breath, decayed teeth, and gross, swollen, bleeding gums! Stay away from candies, mints, and chewing gum if they contain sugar!

ACIDIC FOODS
Foods with a high acidic content are a problem as well. pH is a term used to describe the acidity of an environment. The oral cavity has a normal pH of 6.5 (7 is considered neutral). Some of the foods you should watch out for are coffee and many citrus juices. Both decaffeinated and regular coffee contain acids. However, tea is okay. Among the citrus juices the ones with the highest acidic content include tomato juice, orange juice, pineapple juice, and grapefruit juice.

We know that acids make the bacteria reproduce much faster. In order to decrease the production of odorous sulfur compounds, the acid environment needs to be neutralized.

What can you learn from all this? Avoiding foods that contribute to, if not cause, bad breath is vital if you want to have clean fresh breath. While this is a difficult task, being aware of these bad breath causing elements is the first step in developing confidence in your breath. In addition, it is important to use oral care products that are free of alcohol, sugar, and that also have a high pH level.

Loved this article? Take a look at some of our other Health & Wellness Articles!

9 Signs To Look Out For In Narcissists, From Experts

4 (Yes, 4) Big Days Astrologers Want You To Be Aware Of This Week