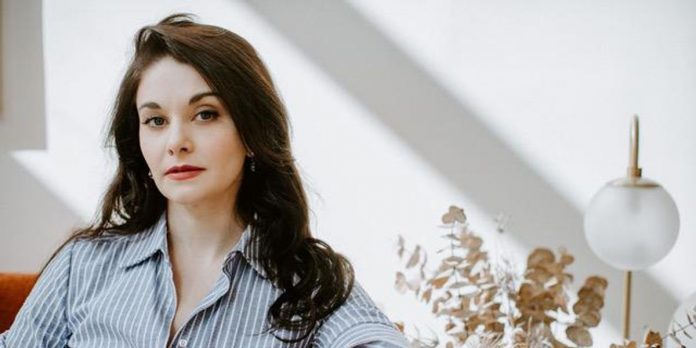 As told to Erica Rimlinger

From my first ballet class at the age of 3, the only thing I wanted to do was to dance. My parents tried to entice me into a well-rounded program of childhood athletics with soccer and gymnastics, but I only wanted to leap, twirl, plié and chassé.

When I was 10, my family traveled from Mobile, Alabama, to New York City at Christmastime to see the New York City Ballet perform “The Nutcracker.” I was mesmerized by the cavernous Lincoln Center theater, the lights, the sets, the costumes and, most of all, the dancer playing the Sugarplum Fairy, floating on pointe shoes in her gossamer costume. That day, my dream to become a professional ballerina was born.

Seven years later, at age 17, I stepped onto that very stage as a New York City Ballet apprentice, cast in the lead role of Juliet in “Romeo and Juliet.” Through the bright stage lights, I couldn’t see the audience but I looked toward the balcony, seeing in my mind’s eye the 10-year-old girl who once sat there and dreamed the biggest dream imaginable. That night, I performed for her.

All the strength, balance and grace that embodied Juliet was achieved through blood, sweat, tears — and blisters. I spent my childhood pressing my body to and beyond its physical and artistic limits at the barre and was accepted into a summer intensive in New York City. At age 16, I was invited into the New York City Ballet’s official school, the School of American Ballet, and, at age 17, I was hired into the company. Just two weeks after signing my contract, a principal dancer was injured, and I was cast as Juliet.

My career rocketed skyward from there. I was fast-tracked into a soloist career, playing the Sugarplum Fairy in “The Nutcracker” at 19 and Aurora in “Sleeping Beauty” at 20. The artistic director told me, “You’re going to go all the way.”

I was on tour in Saratoga, New York, with the company when I started to gain weight rapidly. This was odd. I hadn’t changed any of my eating or exercise habits. The weight gain did not go unnoticed by the company’s staff and management, but I was my harshest critic.

More alarming than the weight gain was the weakness and fatigue that came on suddenly. I tried to dismiss this as the “wear and tear” of ballet. But in Saratoga, I could barely get through rehearsal. I just didn’t have the strength: My muscles would simply give out.

Before one show, after squeezing into a rapidly tightening costume and showing up for hair and makeup, the hairdresser looked at me and asked, “Katie, where’s your hair?” I knew I’d been losing hair but thought the ferocity of the tightly pulled ballet bun was causing the hair loss. The hairdresser shook his head at me. “You’ve lost three quarters of your hair,” he said. “I’ve just put three pounds of fake hair on your head.”

The weight gain snowballed. “Are you aware?” the staff repeatedly asked me. Yes, I replied. Gaining 45 pounds in six weeks was not something that had escaped my attention.

I needed to see a doctor.

I went home with the intent of finding out what was going on and getting it treated. I was diagnosed with hypothyroidism, and my doctor prescribed medication for me and said, “You’ll feel better in three weeks and be back to normal.”

Five years and nine doctors later, I felt worse than ever. I was still dancing on my own, hoping to return to the New York City Ballet. I was open about my thyroid symptoms, which I hoped I was on the verge of recovery from, but the truth was that I was still struggling. I could barely function. I thought, “Will I ever get out of this? When will this end?” So many doctors dismissed my concerns and questions about why I wasn’t getting better. As a ballerina and an athlete, I’d worked intensely to lose weight and wasn’t overweight by non-ballet standards. I was fighting every day, but my fight was invisible to everyone. The doctors I saw told me I was imagining my continued fatigue, weakness, weight battle and hair loss.

Although my mental health had taken a huge hit, I knew in my gut something wasn’t right with me physically. I wasn’t imagining my illness. The medication wasn’t working. Finally, after nearly five years, I found a doctor who believed me and tested me for Hashimoto’s thyroiditis, also called Hashimoto’s disease.

Hashimoto’s disease is an autoimmune disease, meaning the body’s immune system attacks its own cells. Hashimoto’s disease impacts the thyroid in ways that mimic hypothyroidism, but it doesn’t respond to medication. This means that no matter how much medication I took — and I was on the highest doses possible — my symptoms would persist.

Further, by insisting I could “return to normal” as a company ballet dancer, I was submitting my deteriorating muscles to damage and burdening my mind and body with enormous amounts of stress. Stress, my doctor told me, was the most reliable trigger for a flare-up of an autoimmune disease’s symptoms. My entire life — trying to fit the square peg of my severely ill body into the round hole of my pre-illness life — was now defined by stress.

I had to rethink my physical and mental health. Instead of fighting against reality, I found a way to manage stress that helps keep my symptoms at bay and decreases the likelihood of a flare-up of symptoms. I realized there were no professional ballet dancers providing content on YouTube and I started making videos, and that has allowed me to keep dancing without putting my body and mind through so much. My channel blew up because I was the only one doing it. Making these videos led me back to the studio in a way that didn’t contribute to my stress or trigger my symptoms. I was dancing again, on my own terms.

I will never be that tiny, 17-year-old Juliet again. But I have something better now: a community and a career track in the ballet world that is completely unique. I’ve committed to providing a voice for body acceptance, mental health and access to dance in a world that can be seen as elitist and stuffy. I teach classes, write for industry publications, make videos and eventually hope to tour with my own company.

I’m forging my own path — in pointe shoes.

The Staples Every Runner Needs in Their Pantry

What Is Bulgur & Is It A Healthy Grain Option? RDs Break It Down