HIV/AIDS Signs And Symptoms In Women 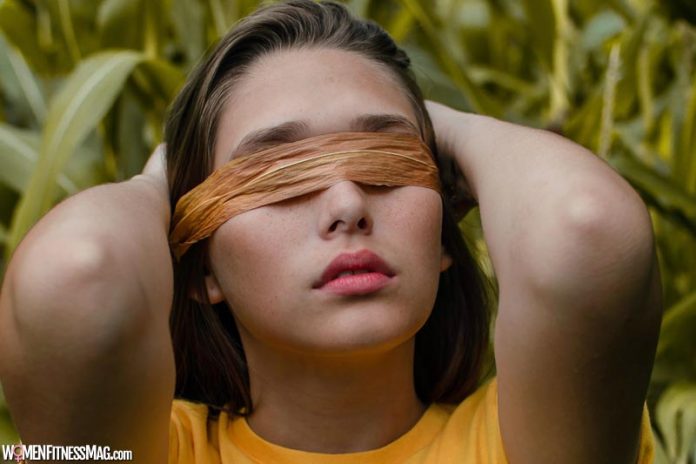 HIV/AIDS Signs And Symptoms In Women : Women and men are equally vulnerable to HIV and AIDs. Therefore, it is pertinent to learn as much as you possibly can about both health conditions. Failing to identify the potential signs and symptoms of HIV in women could result in the condition going untreated for many months. Consumers must fully understand the potential signs of AIDS and HIV. Although there could be others, the most common include fever, night sweats, sore throat, mouth ulcers, and rashes.

In the in-depth guide provided below, consumers will learn more about the primary signs and symptoms women will experience when dealing with HIV or AIDS.

During the beginning HIV stages, female patients must pay precise detail to their health. If they fail to pick up on these problems, the patient may overlook them. The earliest symptoms closely resemble flu-like signs and symptoms. For instance, the patient could notice their temperature has elevated a tad. Also, they may notice a headache, lethargy, skin rashes, and enlarged lymph glands. Again, the patient will be much more likely to overlook these issues or blow them off believing it is nothing more than the flu.

Unfortunately, it may take up to ten years or longer before the patient develops the severe symptoms associated with HIV.

While the male is more commonly the victim of HIV, women are diagnosed with the condition as well. According to the available evidence, 23 percent of 1.1 million HIV cases are female. This is 258,000 female HIV cases, compared to the 842,000 male HIV cases. Women and men share many the same symptoms, which is unlike many other illnesses. The primary difference between HIV symptoms in females and males is the onset. Women generally remain asymptomatic until further into their illness. In fact, it is not uncommon for women to remain free of symptoms until the HIV infection has reached the later stages. The onset of HIV symptoms in men is generally between two and six weeks, following exposure.

If you consider yourself promiscuous, a term utilized in reference to an active sex life with a variety of partners, also known as “transient sexual relations”. Promiscuous females are no doubt have a higher HIV risk exposure than women in monogamous relationships.

From Normal To Abnormal Menstrual Cycle

Some female HIV patients have reportedly exhibited changes in the menstruation cycle. Instead of the menstrual cycle beginning, as usual, it is a few days late. As the infection develops, the menstrual cycle may be pushed back several weeks or missed altogether. This is a very disturbing symptom for all women. Your initial thought could be pregnancy, since one of the first signs of pregnancy.

The monthly cycle alterations have been contributed to the negative impact of HIV on the immune system, resulting in hormonal changes. It is important to note, not all women will experience menstrual cycle changes.

Pain In The Lower Right And Left Quadrants

Another symptom of HIV in female patients is a discomfort in the lower right and left quadrants (lower abdominal area). Medical professionals have contributed to infection in the female reproductive system. The very important organs that make up the woman’s reproductive system include the pear-shaped uterus, also called the womb, vagina, right and left ovaries, and fallopian tubes.

When women report to their primary care physicians in response to the lower right and left quadrant pain, HIV may or may not come to mind. However, after a pelvic exam, the physician will know the female is suffering from a condition known as Pelvic Inflammatory Disease “PID”. Symptoms linked to PID include low-grade fever, abnormal menstrual cycles, painful sexual intercourse, lower quadrant (stomach) discomfort, and unusual discharge.

At some point, HIV and AIDS will progress. Once this begins taking effect, female patients will start noticing more severe repercussions. Some of the most likely severe symptoms of HIV include nausea, joint paint, regular couch, difficulty swallowing, and muscle aches. Once it progresses again, the most frequent symptoms include mental confusion, loss of short-term memory, and coma. As HIV worsens, it will eventually transform into AIDS or acquired immune deficiency syndrome. At this point, female patients face immense risks because their immune systems are severely weakened.

Fighting off infections and other diseases will become difficult. The problem has severely worsened so female patients must get immediate medical assistance. Visit your preferred medical doctor immediately to begin treating the issue right away. Unfortunately, the female patient’s chances of developing specific types of cancer will climb higher at this stage.

Why Testing Is Paramount

Getting tested for HIV is ultimately of paramount importance. Failing to find out about the problem swiftly will only allow your health to deteriorate. Do not delay getting tested because doing so leads to higher and higher risks. Leading American professionals recommend getting tested for HIV at least once between the ages of 13 and 64. Even if the female patient’s risk is slim, testing is of immense importance. Thankfully, getting tested for AIDS and HIV has never been more convenient. Patients can obtain the medications they need at Kangaroo.co.

Ultimately, HIV is more prevalent and problematic than ever before. Therefore, people around the world need to learn how to identify and diagnose HIV and AIDS. Familiarizing him or herself with the symptoms linked to HIV can make it easier to identify the problem sooner. Once they’ve done that, the patient can begin working to rectify the problem. Tackling it earlier increases the likelihood that the patient will survive and thrive.

Related Videos about HIV/AIDS Signs And Symptoms In Women :

HIV / AIDS in Women – What You Need To Know

Do YOU have HIV? AIDS Symptoms in Women You NEED to KNOW

What are Usually the Early Signs of HIV/AIDS in Females

HIV/AIDS Signs And Symptoms In Women