How Hemp Clothing Could Help Save the World 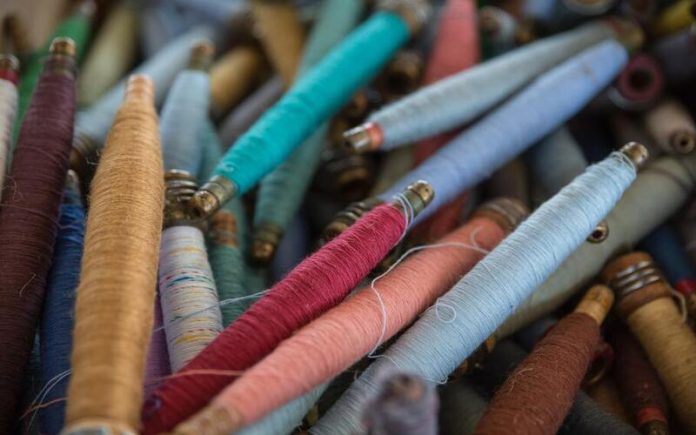 According to a study conducted by NASA, pandemic restrictions reduced global nitrogen dioxide concentrations by nearly 20%.

Stay-at-home orders forced many to drastically change daily routines to adjust to the unprecedented new normal.

People are starting to see their impact on the environment and how a small act like driving less can create drastic change.

Staying at home eliminated daily distractions that prevented people from reflecting on important issues like sustainability.

Many people are now more aware of how to lessen their carbon footprint.

For a lot of people, that journey starts at the closet.

In a study conducted shortly after the pandemic began, 67% of fashion consumers considered the use of sustainable materials to be an important purchasing factor.

When searching for clothing brands, environmentally conscious companies can be a deciding factor on whether consumers purchase from them.

While the fashion industry isn’t often brought up in conversations about sustainability, it’s one of the leading culprits of unneeded waste, water pollution, plastic pollution, and greenhouse gas emissions.

In fact, according to the Secondary Materials and Recycled Textiles Association (SMART), we globally produce a staggering 13 million tons of textile waste each year, 95% of which could be reused or recycled.

The most common fabrics found in the clothes we buy — cotton, nylon, and polyester to name a few — are often laden with harmful petrochemicals and pesticides.

Plus, they use a lot of water to produce.

From cultivation to production, hemp could be the sustainable solution the fashion industry needs to do their part for a better planet.

Pamela West, a devoted hemp fashion activist who shared her expertise at the Spring Emerge Virtual Cannabis Conference & Expo, emphasized the importance of being aware of where our clothes are made, as the manufacturing process is extremely dirty from an environmental perspective.

“The reality is that there are other products that have recycled hemp, or recycled plastic. These things exist. The access is the hard part, because hemp is expensive,” said West.

“You want to look at the labels of your clothes and what’s in them. Look at where they were made, and how the people who made them were treated.”

Changing the World One T-Shirt at a Time

Due to the negative stigma of the cannabis plant, it’s historically been very difficult to access sustainable hemp clothing.

The revolutionary passing of the 2018 Farm Bill, which made it legal to grow hemp in the United States for the first time since it was banned in 1937, finally gave designers access to hemp.

For the first time, they could legally change their manufacturing structures and move away from the traditional cotton industry.

Rob Jungmann, owner and founder of popular hemp clothing brand Jungmaven, has been working in the world of hemp fashion since creating his first hemp t-shirt in the 90s.

When Jungmann started, he was working out of a tiny surf shop in Central America, back before hemp fashion was even a term.

“I see the market for hemp growing every year. In the 1990s we had to make detailed hangtags explaining all the benefits of industrial hemp — people would kick us out of stores thinking it was weed,” said Jungmann. “The shirts were heavy and stiff, yet people wanted lightweight and burnout tees, so it’s changed considerably in 28 years.”

They raise awareness about the many uses of hemp and why its regenerative qualities make it such a desirable alternative to resource-intensive fabrics.

During the pandemic, protesters have been vocal about environmentalism and Jungmann emphasized that fashion is a form of activism.

“What we choose to wear says both who we are and what we stand for. Making beautiful, high-quality hemp clothing is our way of creating a medium through which we can all demand change with our dollars and express what kind of future we want to live in,” said Jungmann.

“Choosing a hemp tee is a small, simple act — but it’s one that can change the world. Hemp’s potential to mitigate climate change is one of the greatest opportunities of our generation.”

Hemp is the Future

Transparency with how the clothing is made is an incredibly important factor for consumers.

Jungmaven, as well as outdoor clothing company Patagonia, builds trust with their customers by sharing their activism, certifications, and where their fabrics are sourced on their websites.

It’s because of this transparency that consumers named Patagonia the company in America with the best reputation, according to the 2021 Axios-Harris Poll 100.

“The clothing industry is a dirty industry and contributes up to 10% of the pollution driving the climate crisis. Patagonia believes that what you buy is what the industry will become and informed buyers will force the clothing industry to drop their dirty practices,” said Patagonia spokesperson Corey Simpson.

Hemp is an eco-friendly crop that truly gives back to the world in more ways than one. The plant is biodegradable, avoids soil erosion, and absorbs toxic materials from the soil.

The only high you’ll get from purchasing hemp clothing is knowing you’re helping to reduce the waste the fashion industry has built over the years.

Thankfully, hemp clothing is starting to make headway into the mainstream, with clothing lines like Levi Strauss and Nike experimenting with hemp in their products.

People are starting to see that we have the power to repair the environmental damage that we’ve inflicted upon the Earth, but we have to act fast. If you’re on a mission to help save the world, it’s best that you dress the part. ϖ