As told to Nicole Audrey Spector

It happened while I was sleeping. I woke up to my then-husband, Duane, sobbing over me in bed. I snapped back into consciousness.

“What are you doing, crying?” I asked.

Duane was not one to break down in tears.

“You were having a seizure!” he cried.

I bolted up in terror — not so much for me, but for my baby. I was 20 weeks pregnant with my second child.

Immediately, I called my OB-GYN, who fit me in for an appointment in a few days.

I went back to sleep and had another (presumably grand mal) seizure later that night. Then I started having little episodes during the day where I would completely blank on where I was and what I was doing.

My OB-GYN didn’t have any answers about my seizures or whatever else was going on in my brain — in fact, she didn’t seem particularly curious about what was causing them.

She was mostly concerned with how the baby was doing. She checked for a heartbeat, which was strong, told me I had epilepsy and prescribed anti-seizure medication for me — and that was that.

The anti-seizure medication worked for a while. But soon the seizures returned. I was a stay-at-home mom and had always devoted myself to caring for my son. But now I needed my own caregiver because I was having multiple seizures a day. Duane wasn’t able — or even truly willing — to handle the job, so I went to stay with my mother, who works in the medical field and has always been a strongly advocate for me.

My mom took me to see an OB-GYN who specialized in high-risk pregnancies.

When we were there, she revealed totally shocking information to the doctor: I’d had a seizure during a fever as a child.

This was news to me! Did this mean I’d always had epilepsy? Eventually I would learn that it probably did.

But on that day there were more urgent worries. The OB-GYN discovered that I was heading toward early labor. As she explained it, everytime I had a seizure, my body experienced contractions and I got closer and closer to delivering my baby.

I was already 3 centimeters dilated.

My doctor ordered strict bed rest — so strict that I couldn’t do it at home. She had me admitted to the hospital, where I remained for three and a half excruciatingly long months, unable to do anything by or for myself.

The worst part was that one of the many doctors who floated in my room one day told me that it wasn’t the baby they were trying to save. It was me.

“The baby won’t make it,” the doctor said in a clinical, detached tone. “She will be stillborn.”

It was tough for me to get by during those bedridden months. The gloom and sadness was as thick as smog. To push through it, I relied on the love for my son, my relationship with God, and making art, which is my profession. I am legally blind and drawing and painting have long been a way for me to capture the visual beauty of the world around me — even if I can’t always see it.

Stephanie Gowdy with one of her paintings.

One of the only things I was able to do in the hospital was draw. So I sketched portraits of my friends using pictures on social media.

When I was 38 weeks pregnant, I was induced into labor — and lo and behold, my daughter came out alive and perfectly healthy. It was a miracle.

But I was far from out of the woods.

The seizures came back after several months, and I have not been able to keep them at bay with any medication, no matter how high the dose.

I learned that I’ve been experiencing epilepsy auras, a type of seizure, all my life. And I still have them.

For me, an epilepsy aura is like a very bad, ominous feeling that takes root in the pit of my stomach and then branches out over my entire being. It can happen anywhere and at any time, but the violent episodes — the grand mal seizures — still occur at night, typically when I am already asleep. 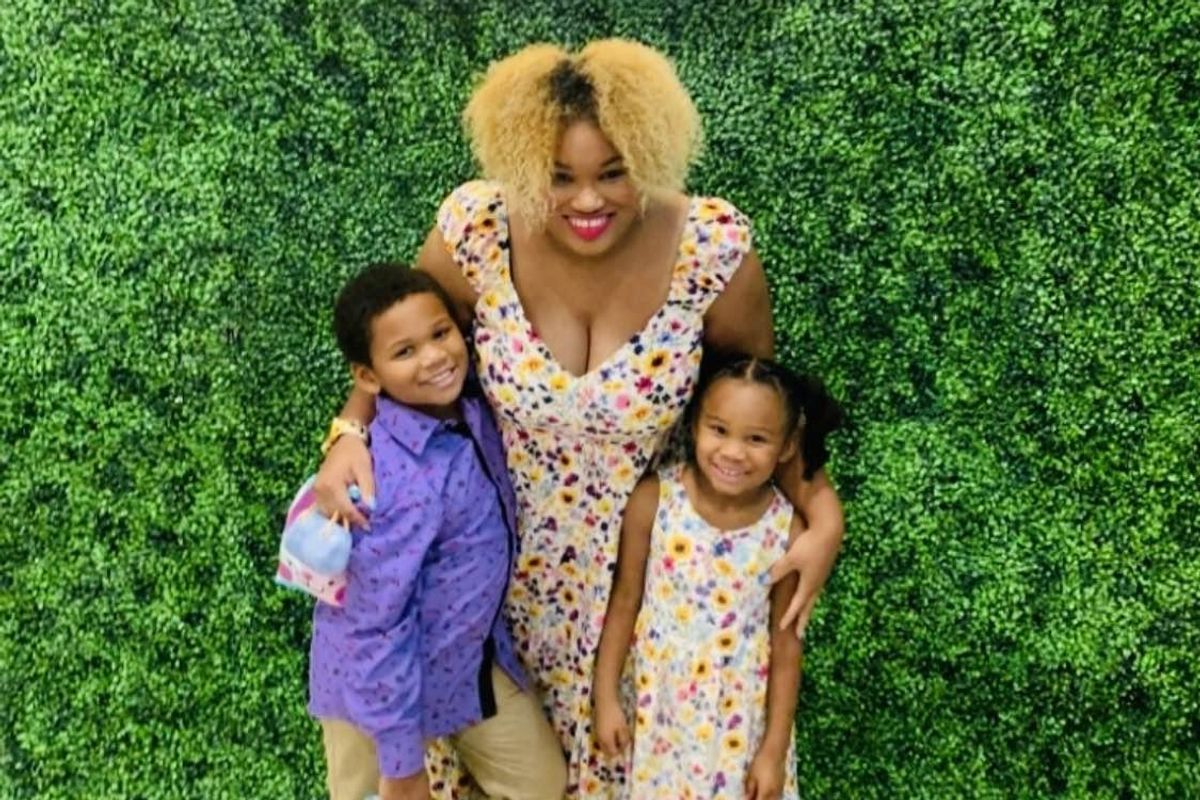 It’s been six years since my daughter was born, and my epilepsy remains a force to be reckoned with. I also get horrendous migraine attacks that last weeks at a time. I’m unable to get out of bed on some days. My memory is fuzzy — so much so that my son has to ask his teachers to write down any messages for me.

“Otherwise Mommy will forget,” he says.

Numerous doctors have told me that they just don’t know what is wrong with me — that there’s nothing they can do. That, more or less, I am on my own.

There’s no way to sugarcoat it: My journey with epilepsy has been hellish. And yet it’s not ever without hope — not even for a second.

I not only passionately believe I will find answers as I continue to demand them, but that I am going through all this for a reason that is bigger than me.

There has already been one silver lining because of my epilepsy: Duane and I divorced. That sounds sad, but trust me, it’s a blessing. Had I not gotten sick, we might not have ever realized that we were incompatible.

And I never stop searching for answers. I advocate tirelessly for myself, as do my mother and my friends. I know that if I don’t discover a cure for my epilepsy, I will find a treatment that keeps it under control.

Despite the overwhelming pain and fatigue, art flows out from my hands, filling up pages and pages. I may be unable to entirely see, but my artistic vision is focused. I may tremble and ache from the seizures, but my hand is steady.

And I am confident that one day, I will be well.

Our Real Women, Real Stories are the authentic experiences of real-life women. The views, opinions and experiences shared in these stories are not endorsed by HealthyWomen and do not necessarily reflect the official policy or position of HealthyWomen.

From Your Site Articles

Related Articles Around the Web