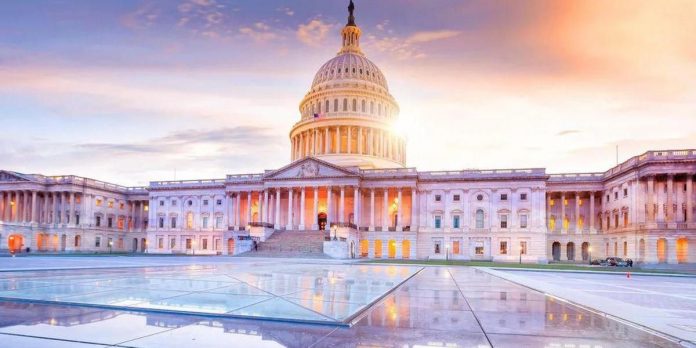 1. The Affordable Care Act Lives to Fight Another Day

On June 17, 2021, the United States Supreme Court rejected a lawsuit that would have made the Affordable Care Act (ACA) unconstitutional. The argument, brought by several Republican state attorneys general, was that Congress had effectively undone the individual mandate by making the tax penalty for not having health insurance $0. As a result, they claimed, the whole law should fall. The Supreme Court voted seven to two that the states and the individual plaintiffs did not have standing to bring the lawsuit, which means they didn’t show that they’d been directly harmed by the law. The justices did not weigh in on the merits of the arguments, and the net effect is that the ACA remains intact.

This month, the Centers for Medicare and Medicaid Services (CMS) also announced that it will provide $80 million in funding for navigators, individuals and organizations trained to help consumers choose Marketplace health insurance, to support 2022 enrollment in states that use the federal ACA health insurance marketplace. This increased funding comes after the prior administration had cut navigator funding to just $10 million nationwide.

The economic havoc brought on by Covid-19 led to millions of additional Americans qualifying for Medicaid, according to a new analysis by the Kaiser Family Foundation. Medicaid enrollment grew nationwide from 71.3 million enrollees in February 2020 to 80.5 million in January 2021. Federal requirements that states could not disenroll Medicaid members until after the national emergency ends also contributed to growing Medicaid enrollment.

New research released by the American Society of Clinical Oncology before its annual meeting and published in the New England Journal of Medicine showed that a drug initially approved for ovarian cancer also effectively reduces the risk of breast cancer recurrence or death among patients with the BRCA1 and BRCA2 genetic variants. The results may affect how some aggressive breast cancer is treated.

Another promising development emerged this month when researchers at the Dana-Farber Cancer Institute published data that suggests an antibiotic developed in the 1950s effectively kills tumor cells with damaged BRCA1 and BRCA2 genes. These genetic defects are commonly found in breast, ovarian, prostate and pancreatic cancers. The new findings, which need to be studied further in clinical trials, point to a potential new approach in hard-to-treat cancers.

4. The Gender Gap Holds Back Innovations for Women’s Health

A new paper published this month in Science suggests the world is likely missing out on a lot of innovation aimed at improving women’s health. Women are more likely to create biomedical inventions that solve health problems for women and men are more likely to invent solutions for men. But since women hold just 16% of biomedical patents, the paper suggests that technological advancement for women’s health is likely suppressed as a result of gender disparities in the biomedical field. If women had patented inventions at the same rate as men between 1976 and 2010 (the period covered in the study), there likely would have been approximately 6,500 more inventions focused on women

More than half (56%) of postpartum women in a recent study in Couple and Family Psychology: Research and Practice reported symptoms of postpartum depression during Covid-19. The study documented the impact of Covid-19 on women and suggests the pandemic has had adverse effects on women during perinatal care. To meet the health needs, including mental health, of postpartum women, the American Rescue Plan Act of 2021 (ARPA) gave states the option to extend Medicaid benefits to postpartum women for up to 12 months following delivery, up from just 60 days. Medicaid currently covers approximately half of all U.S. births.

Several U.S. states are expanding postpartum Medicaid coverage as allowed by ARPA. According to the Kaiser Family Foundation, Illinois, Missouri and Georgia have already extended Medicaid coverage for women during the postpartum period, and several more states are awaiting federal approval to do so. Other states are also working on efforts to improve access to care for postpartum women. Rep. Ayanna Pressley of Massachusetts has introduced the Safe Birthing Act to make extended postpartum coverage mandatory, but that bill has yet to make its way through the legislative process.

6. Vaccinating Pregnant Women Against the Flu Did Not Harm Babies

A new study in the Journal of the American Medical Association showed that infants whose mothers got the flu shot during pregnancy did not have any greater likelihood of negative health outcomes than babies who were not exposed to the vaccine in utero. Despite there being no increased health risks to the babies, only 36% of women had had the flu vaccine during their pregnancy, suggesting there may be lingering hesitancy about flu vaccines.

7. Biosimilars May Be the Key to Lower Drug Prices

A study published this month in Health Affairs looked at how quickly biosimilars — lower-cost versions of biologic drugs — have taken off in the United States. Though early biosimilars were relatively slow to gain popularity, more recent products have grown more quickly, suggesting that adoption of biosimilars is accelerating. This trend is good for patients and the health system, as biosimilars work as well as their reference products but at a much lower cost. These lower costs help offset the overall trend toward rising biologic price increases, according to the study.

This month, the U.S. Department of Education announced that it will enforce the application of Title IX prohibitions against discrimination on the basis of sex for LGBTQ students as well. Title IX bans educational programs or institutions that get federal funding from denying students access to activities or benefits on the basis of the student’s sex. The Biden Administration policy is based on a 2020 U.S. Supreme Court decision that expanded workplace protections from sex discrimination to LGBTQ people. The new guidance reverses a Trump-era policy, issued late in his last term, that took the opposite interpretation of the Supreme Court’s decision.

Share
Facebook
Twitter
Pinterest
WhatsApp
Previous articleLeading Causes of Death and Greater COVID-19 Impact on Men in the U.S. – Talking About Men’s Health™
Next articleHow Can I Calculate My Calorie Needs for Weight Loss?