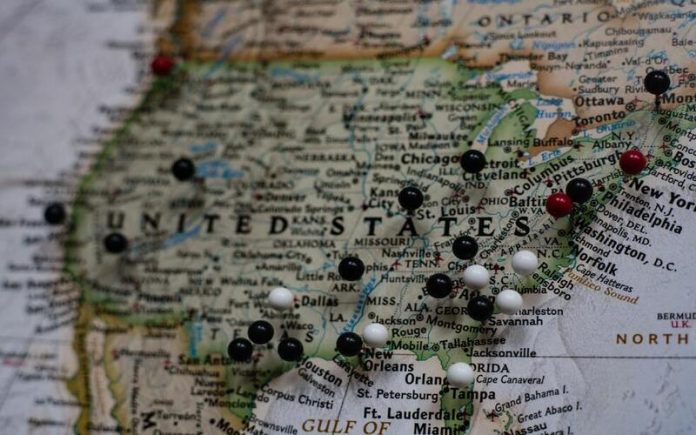 However, adults 21 and older with valid identification from anywhere outside the State can purchase cannabis in nearby Maine.

Though New Hampshire permitted medical marijuana (MMJ) and decriminalized possession of small amounts of cannabis in July 2017, the State has not legalized adult-use cannabis consumption.

New Hampshire legalized MMJ in 2013, though home cultivation remains prohibited and could result in incarceration.

In New Hampshire, under the decriminalization guidelines, possession of up to 3/4 of an ounce of cannabis is a civil violation, with a maximum fine of $100 and no jail time as a potential repercussion.

The law stays the same for first and second-time offenders.

However, possession of more than 3/4 of an ounce is a misdemeanor punishable by a maximum imprisonment of one year and a maximum fine of $350, according to the National Organization for the Reform of Marijuana Laws (NORML).

Meanwhile, adult use and possession remain illegal in New Hampshire.

“The pressure on lawmakers to pass a legalization bill is reaching new highs now that the State is surrounded by jurisdictions where cannabis is legal for adults.”

Cannabis regulators didn’t provide a timeline for when adults 21 and older could purchase cannabis from a dispensary.

Still, chairperson Dianna Houenou said after the meeting, the commission wants to be sure that the application process goes smoothly before setting a date for when sales can begin.

Houenou said the start date is “admittedly uncertain,” according to the Associated Press.

SECAUCUS, N.J. – At a special meeting, the Secaucus Town Council voted to adopt an ordinance prohibiting adult-use cannabis just days before the state deadline, according to The Hudson Reporter.

CLOVIS, NM – The ordinance approved by the city commission states that cannabis retail businesses are only allowed in Commercial General and Industrial zones.

Cannabis manufacturing and production businesses are only allowed in Industrial zones, said city attorney Jared Morris, according to The Eastern New Mexico News.

The ordinance will go into effect on September 1, at which time the city can start accepting licensing applications.

Town Board in Ithaca, NY, is undecided about allowing cannabis businesses

ITHACA, NY – At the August meeting of the Spencer Town Board, the discussion focused on cannabis and whether the town should allow a retail business to establish a dispensary or a consumption area or opt-out of retail cannabis altogether, according to Ithaca.com.

The board members’ opinions vary, from diametrical to neutral, to wanting more information from the State on the practicalities of having canna-businesses in town.

According to Ithaca.com, Spencer Town Councilman Michael Roy claims to have spoken with over 100 citizens regarding the cannabis question, and they are overwhelmingly opposed to a cannabis business opening in Spencer.

When the Board eventually decides, it will have to pass a local law preceded by a public hearing.

In the meantime, the Board shelved the retail cannabis business question in Spencer until its next meeting in September.

Humboldt County’s cannabis farmers –once significant unregulated suppliers to the rest of the entire USA– are struggling to break even as legal operators, as prices per pound continue to decline as a result of the oversaturated market, according to Silicon Valley.

Quality control is often an issue for Multi-State Operators (MSOs), who often cannot recreate homogenous cultivation across all retail products in all of its locations.

While Coca-Cola tastes the same everywhere in the U.S, cannabis does not.

This issue is primarily attributable to the Federal prohibition of cannabis interstate commerce. Canadian companies cannot legally export cannabis to the U.S. either.

The licensing agreement will also allow the budding MSO –or IO, International Operator– to open stores in additional U.S. markets.

However, there is no word yet on whether or not California’s Fire & Flower cannabis compares to its Canadian-cultivated counterpart.

Stay tuned to Quick Hits for an update.