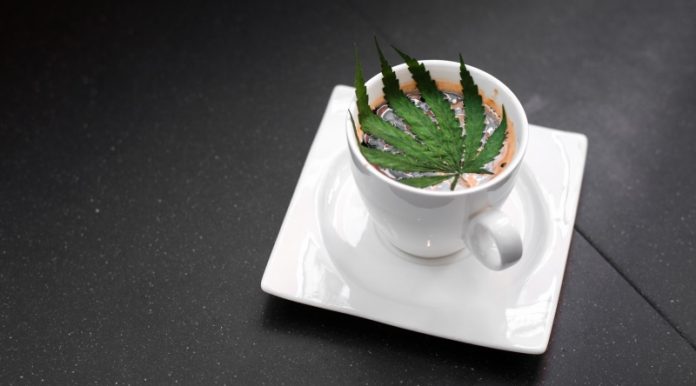 Lately, there’s been quite a bit of ‘buzz’ about the notion of cannabis tourism and its potential impact on global tourism generally.

I have attended several webinars and information sessions over the past year or two directed at tour operators, restaurateurs, and innkeepers on how to prepare for and engage potential audiences.

It appears that operating cannabis tourism space will never be easy.

Even if one thinks they may have the audience part figured out, operating such a business can be difficult to manage, and is dependent upon what region of the world one occupies.

Prohibition of certain substances is not new.

Alcohol was banned in the United States and Canada for a time and when it was reintroduced, slowly and clumsily in many instances, public consumption areas were created in many railroad hotels, catering to the needs of both the business and leisure segments.

Could something similar be done for cannabis?

Even at the Fairmont Miramar Hotel & Bungalows in Santa Monica, California, voted by Forbes magazine in 2019 as the most cannabis-friendly hotel in the world, smoking in the rooms, on the balconies, or on the premises, is strictly prohibited.

Amsterdam remains one of very few places on Earth where public consumption of cannabis, with other human beings, in something other than under the bleachers at the high school football field, is tolerated.

Cannabis is not legal in Amsterdam, or in the Netherlands for that matter, however; gedoogbeleid, the “policy of tolerance”, is – by legal statute.

Due to the illegality of the product, businesses that trade in cannabis are not allowed to advertise what it is they sell.

Henk de Vries, a living legend in Dutch culture, coined the term “coffeeshop” as the descriptor for The Bulldog, the first legal cannabis vendor in Amsterdam.

Today, other coffeeshops, including multiple locations of the Bulldog, operate in Amsterdam.

If they serve coffee, or anything else besides cannabis and accessories, it is a coincidence.

Pro tip: If you want a coffee or a pastry, go to a café – there are some good ones.

The idea of cannabis tourism not new either.

I can remember hearing stories from friends in high school who ventured off to Morocco or the markets in Jerusalem looking for hashish dens.

The fact that The Bulldog exists in peoples’ minds as a place to visit in Amsterdam also bears witness to this.

With its hotels, social clubs, and merchandise, The Bulldog may be considered a global brand in the cannabis space.

Where do their patrons come from and when do they come?

As new and re-emerging cannabis tourism businesses attempt to invigorate their businesses in a post-COVID-19 world, are there any insights we can learn?

It requires purpose-built software to accumulate and analyze.

As part of a research exercise, 10GATES Smart Data for Travel examined LBS data for a sample 2,000 cell phones that visited a geofence around The Bulldog the First (the original location) in 2019.

The map in Figure 1 illustrates clearly that The Bulldog is known globally and attracts many international visitors, although the majority come from Western Europe and the U.K.

This location gets 34.6% of its visitors from the Netherlands.

Notably blank areas of the map include most of Africa, Asia, and smaller countries in South America.

Drilling down into Figure 2, we see that, of the phones with LBS activated, 2/3 of the visitors (66.7%) were from Amsterdam itself, confirming that its primary business at this location is driven by local activity.

Rome, Brussels, Munich, and Koln make up the rest of the top 10 from Europe at around 2% each.

We compared data from the Bulldog the First with data from a sample of 8,317 cell phones that visited the Fairmont Miramar Hotel & Bungalows in Santa Monica, California, discussed above.

There were some interesting similarities and some notable differences.

While the Bulldog gets just about 35% of its visitors from its domestic market, the Fairmont Miramar gets just under 95% from visitors within the U.S.

This is typical of many U.S. destinations we see in the data – destinations do get visitors from many origin countries, but domestic numbers far outweigh them.

The next highest rate of visitation is from Canada at just under 2%.

Another interesting contrast is the rate of U.S. visitors to The Bulldog.

In comparing the importance of the U.S. market relative to other countries, we notice that at just over 6%, the U.S. represents a much smaller percentage of visitors than we typically see in the data from many other destinations, where the U.S. often makes up 20-30% of total visitors.

Given the high percentage of U.S. visitors to the Fairmont, understanding their distribution is important.

If we drill down to the state level (Figure 4) we see some expected trends and patterns.

Neighboring states of Arizona (2%) and Nevada (1.4%) also factor in prominently.

The Midwest is a quiet zone, relatively, for this hotel, with notable exceptions of Illinois (2.8%) and Colorado (1.3%) rounding out the top ten.

We now know the top demand markets on a state level for the Fairmont. What cities are these visitors coming from?

In this case, because we are working with sample data, we are unable to separate the cellphones of the any employees that may have come into the geofenced area, however; the visitor counts shown are unique, so any employees would only be seen once in the data.

Beyond the Los Angeles demand market area, the other major markets reflect the unique nature and upper-end market price of the products delivered, such as the Cannabis Concierge program, at this property -New York City (8.1%), San Francisco-Oakland-San Jose (4.9%), Chicago, San Diego, Phoenix, Dallas-Ft. Worth, Washington DC, Miami, and Boston, completing the top ten ranging from 3% to 1.6% in descending order.

To be clear on this point, we are not suggesting that people travel from all over the U.S. to this property to imbibe in cannabis and related products.

The fact that the property caters to this market segment is a positioning taken by the property and it appears to have gained recognition with a segment of the population and media.

We have broadly covered some of the geographic highlights, but if we were responsible for the marketing of these properties, are there any time-based insights in the data that we can use in our marketing plans?

The answer appears in Figure 7.

The monthly data shows that peak visitation periods are December-April for the Fairmont and August-November for the Bulldog.

Further analysis could be done to compare these peaks to the regular seasonal trends of the respective areas, but that is deeper than we intend to go into here.

When we examine the daily breakdown of the two properties, we see an interesting similarity.

Both properties trend upwards in visitation towards the weekend – starting about Thursday.

The trend is more noticeable at the Fairmont than at the Bulldog, which sees a steadier amount of traffic throughout the week.

Cannabis tourism businesses that exhibit a similar trend could potentially take advantage of this trend to maximize weekend visitation or boost visitation in less busy times.

Can Smart Data be used to enhance marketing strategy for cannabis tourism?

This is a question we asked ourselves and the answer is unequivocal.

The disruption to the tourism industry, cannabis-based or otherwise, has forced many tourism-based businesses to close, some permanently, and millions of workers displaced worldwide.

For the surviving businesses, they will be challenged to grow sustainably with initially reduced cash flow, or by taking on additional debt to finance marketing expenditures.

There will be increased pressure on budgets to perform.

It is vital that cannabis tourism businesses vector their marketing dollars directly to the markets and at the best times to maximize results from their marketing expenditures.