The True Cost of the Cannabis Potency Tax 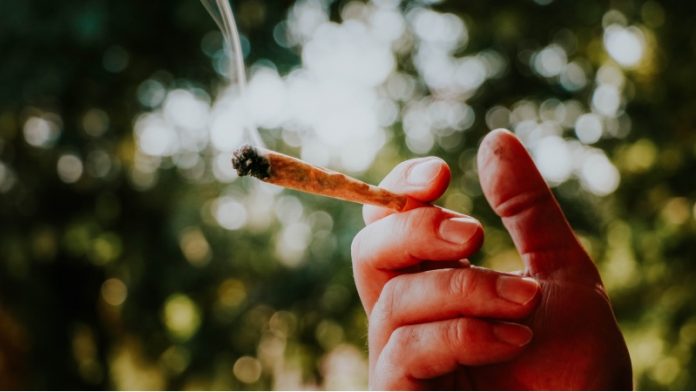 As New York continues to slow-step its way towards adult-use legalization, Gov. Andrew Cuomo is proposing a unique system for taxing cannabis based on potency.

Assuming the Democratic governor succeeds in his latest attempt to legalize recreational marijuana, New York would be the first state to levy a tax based on milligrams of THC. States typically base taxes on retail price, not the pot’s potency.

Taxing adult-use cannabis is part of Gov. Cuomo’s plan to dig New York out of its hole. The state is facing a multi-billion-dollar budget gap after the coronavirus pandemic ravaged the economy.

Meanwhile, the weed industry is on fire. Legal cannabis sales jumped more than $7 billion nationwide last year, to $17.9 billion, according to Leafly.com. In his State of the State Address on Jan. 13, Cuomo said legal cannabis will eventually create 60,000 new jobs, $3.5 billion in economic activity, and $300 million in tax revenue.

New York’s THC triple-tax: Can it compete against the illicit market?

Adult-use cannabis is legal in 15 states and Washington, DC. The only other state with a potency tax is Illinois and it doesn’t work the same way. Illinois, which legalized recreational cannabis in 2020, imposes an extra tax on cannabis that is at least 25% THC.

In New York, the THC tax is intended to “accurately capture” the “true market value,” the budget says. But how will a triple-taxed industry hold up against tax-free competitors? The illicit market is thriving in New York, as evidenced by the smell wafting through Manhattan and Brooklyn. New York only allows processed weed. The flower smoked on the streets of New York is often smuggled from legal states with bumper crops, like California.

The potency tax is going too far, according to Patrik Jonsson, regional president for the East for Curaleaf, a multi-state cannabis company based in Massachusetts. Curaleaf is one of 10 cannabis companies operating in New York, and each of them is allotted four dispensaries.

Jonsson said he’s opposed to the THC tax because “heavy taxation helps to perpetuate the illicit market by creating an unfair advantage to an unregulated illegal segment of the industry.”

David Holland, executive and legal director of Empire State NORML, a pro-legalization organization, and co-founder of the NYC Cannabis Industry Association, said the THC tax could “defeat itself as a tax structure” because it would “drive the price of high potency marijuana to unaffordable levels.”

Nick Etten, vice president of government affairs for Acreage, a company with dispensaries in New York, New Jersey, and Illinois, described the 20% tax as the “high-water mark.”

“Of course we’re going to get taxed, but coming out of the gate it’s got to be reasonable,” he said. “The concern is that they’ll stick with the legacy [illicit] market if new adult-use cannabis is not affordable.”

The price difference could be kept narrow, at least in the beginning, if taxes were “phased in slowly and structured to help control consumer costs,” said Dr. Kyle Kingsley, founder and CEO of the cannabis company Vireo.

This is the third year that Cuomo has included his adult-use legalization plan in his budget, but it still hasn’t happened. New York and New Jersey are locked in a neck-to-neck turtle race to be the next to legalize adult-use on the East Coast, behind Massachusetts and Maine.  But don’t hold your breath for adult-use. New York and New Jersey both have medical cannabis programs but have been slow to legalize adult-use, despite its popularity and the promises of politicians.

“My estimate is that we will not see a law on the books for at least a year,” said Dr. Allan Tiedrich, who has two clinics in New Jersey providing medical cannabis cards. “It’s too complicated. Jersey has Jersey politics. You have to line the pockets of the right people to get anything done.”

New Jersey voters approved recreational legalization in November 2020, and lawmakers were on the brink of finalizing legislation, when politicians butted heads over policy concerning under-aged use.

Jonsson of Curaleaf, which has dispensaries in New Jersey, said he’s hoping for adult-use retail to start in 2021. But Buccola and Holland estimated that adult-use retail could take 18 months to become a reality in New York and New Jersey.

“We hope that it doesn’t take a couple of years,” said Nick Etten, vice president of government affairs for Acreage, a cannabis producer with facilities in New York and New Jersey. “The reality is that [New York] is facing a budget shortfall. People want cannabis and every month or year that it goes forward that we’re not selling adult-use is revenue for the state that could be coming in the door.”

But cannabis presents a new frontier for the American regulatory process. Getting legislation right is tricky and time-consuming.

“We still need more investment in medical cannabis before adult-use can even roll-out,” said Chirali Patel, a cannabis lawyer and regulatory expert in New Jersey. “Many are optimistic that we will see adult-use sales soon and I’m sure the ATCs [alternative treatment centers] are already planning, but this isn’t a process to be rushed.”

Adam Goers, vice president of corporate communications for Columbia Care, which has a footprint in 17 states and Washington, DC, said New York should proceed carefully when considering such a complicated tax structure. But don’t take too long, he said, or investors will lose interest.

“If New York overthinks this, they could be in decision paralysis,” he said.