There was the time several years ago when she told an emergency room doctor that the antibiotic he wanted to prescribe wouldn’t counteract the kind of urinary tract infection she had.

He wouldn’t listen, even when she mentioned her professional credentials. She asked to see someone else, to no avail. “I was ignored and finally I gave up,” said Whitney, who has survived lung cancer and cancer of the urethra and depends on a special catheter to drain urine from her bladder. (An outpatient renal service later changed the prescription.)

“I think the fact I was a woman of 84, alone, was important,” she told me. “When older people come in like that, they don’t get the same level of commitment to do something to rectify the situation. It’s like ‘Oh, here’s an old person with pain. Well, that happens a lot to older people.'”

Whitney’s experiences speak to ageism in health care settings, a long-standing problem that’s getting new attention during the covid pandemic, which has killed more than half a million Americans age 65 and older.

Ageism occurs when people face stereotypes, prejudice or discrimination because of their age. The assumption that all older people are frail and helpless is a common, incorrect stereotype. Prejudice can consist of feelings such as “older people are unpleasant and difficult to deal with.” Discrimination is evident when older adults’ needs aren’t recognized and respected or when they’re treated less favorably than younger people.

In health care settings, ageism can be explicit. An example: plans for rationing medical care (“crisis standards of care”) that specify treating younger adults before older adults. Embedded in these standards, now being implemented by hospitals in Idaho and parts of Alaska and Montana, is a value judgment: Young peoples’ lives are worth more because they presumably have more years left to live.

Justice in Aging, a legal advocacy group, filed a civil rights complaint with the U.S. Department of Health and Human Services in September, charging that Idaho’s crisis standards of care are ageist and asking for an investigation.

In other instances, ageism is implicit. Dr. Julie Silverstein, president of the Atlantic division of Oak Street Health, gives an example of that: doctors assuming older patients who talk slowly are cognitively compromised and unable to relate their medical concerns. If that happens, a physician may fail to involve a patient in medical decision-making, potentially compromising care, Silverstein said. Oak Street Health operates more than 100 primary care centers for low-income seniors in 18 states.

Emogene Stamper, of the Bronx, New York, became ill with covid-19 in March. Her son fought to have her admitted to a facility that could offer intensive therapy. “When I got there, the doctor said to my son, ‘Oh, your mother is 90,’ like he was kind of surprised, and my son said, “You don’t know my mother. You don’t know this 90-year-old,” Stamper said.(EMOGENE STAMPER)

Emogene Stamper, 91, of the Bronx in New York City, was sent to an under-resourced nursing home after becoming ill with covid in March. “It was like a dungeon,” she remembered, “and they didn’t lift a finger to do a thing for me.” The assumption that older people aren’t resilient and can’t recover from illness is implicitly ageist.

Stamper’s son fought to have his mother admitted to an inpatient rehabilitation hospital where she could receive intensive therapy. “When I got there, the doctor said to my son, ‘Oh, your mother is 90,’ like he was kind of surprised, and my son said, “You don’t know my mother. You don’t know this 90-year-old,” Stamper told me. “That lets you know how disposable they feel you are once you become a certain age.”

At the end of the summer, when Stamper was hospitalized for an abdominal problem, a nurse and nursing assistant came to her room with papers for her to sign. “Oh, you can write!” Stamper said the nurse exclaimed loudly when she penned her signature. “They were so shocked that I was alert, it was insulting. They don’t respect you.”

Nearly 20% of Americans age 50 and older say they have experienced discrimination in health care settings, which can result in inappropriate or inadequate care, according to a 2015 report. One study estimates that the annual health cost of ageism in America, including over- and undertreatment of common medical conditions, totals $63 billion. 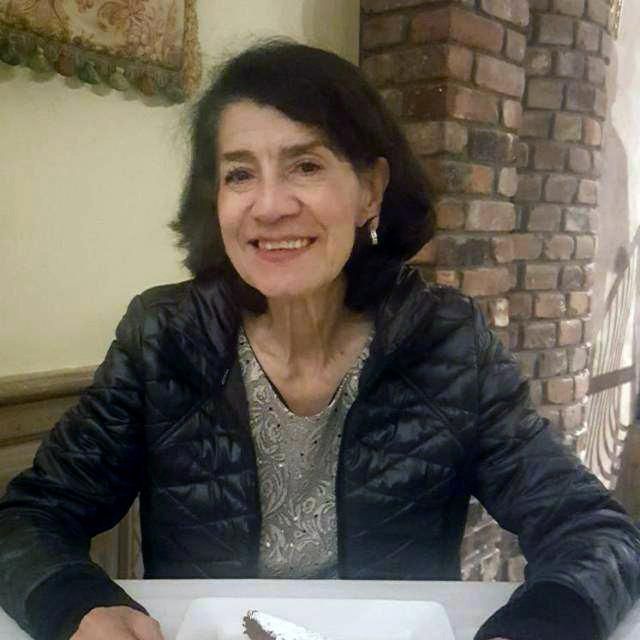 Nubia Escobar wishes doctors would spend more time listening to older patients’ concerns. When she sought a second opinion from a cardiologist recently, she said, “he was sitting there talking to and looking at my daughter.” (VERONICA ESCOBAR)

Nubia Escobar, 75, who emigrated from Colombia nearly 50 years ago, wishes doctors would spend more time listening to older patients’ concerns. This became an urgent issue two years ago when her longtime cardiologist in New York City retired to Florida and a new physician had trouble controlling her hypertension.

Alarmed that she might faint or fall because her blood pressure was so low, Escobar sought a second opinion. That cardiologist “rushed me — he didn’t ask many questions and he didn’t listen. He was sitting there talking to and looking at my daughter,” she said.

It was Veronica Escobar, an elder law attorney, who accompanied her mother to that appointment. She remembers the doctor being abrupt and constantly interrupting her mother. “I didn’t like how he treated her, and I could see the anger on my mother’s face,” she told me. Nubia Escobar has since seen a geriatrician who concluded she was overmedicated.

The geriatrician “was patient,” Nubia Escobar told me. “How can I put it? She gave me the feeling she was thinking all the time what could be better for me.”

Pat Bailey, 63, gets little of that kind of consideration in the Los Angeles County, California, nursing home where she’s lived for five years since having a massive stroke and several subsequent heart attacks. “When I ask questions, they treat me like I’m old and stupid and they don’t answer,” she told me in a telephone conversation.

One nursing home resident in every five has persistent pain, studies have found, and a significant number don’t get adequate treatment. Bailey, whose left side is paralyzed, said she’s among them. “When I tell them what hurts, they just ignore it or tell me it’s not time for a pain pill,” she complained.

Most of the time, Bailey feels like “I’m invisible” and like she’s seen as “a slug in a bed, not a real person.” Only one nurse regularly talks to her and makes her feel she cares about Bailey’s well-being.

“Just because I’m not walking and doing anything for myself doesn’t mean I’m not alive. I’m dying inside, but I’m still alive,” she told me. 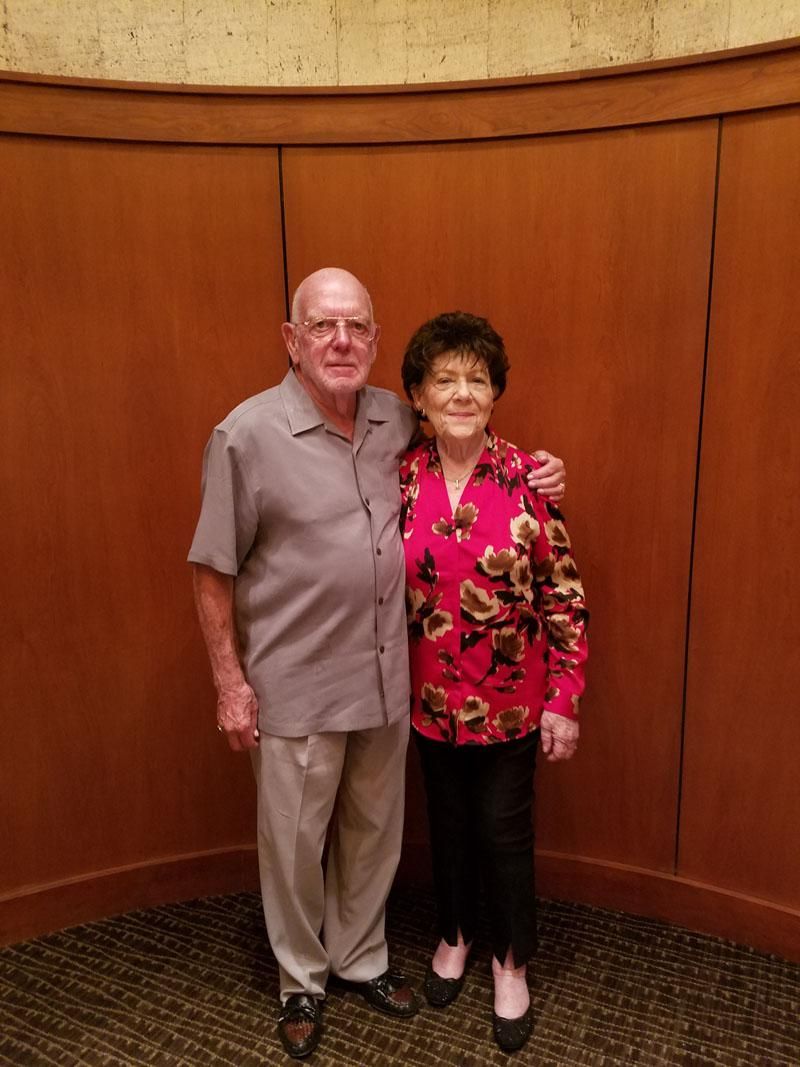 When their long-standing physician retired, Ed Palent and his wife, Sandy, had to find a new doctor. “They went for an annual checkup and all this doctor wanted them to do was ask about how they wanted to die and get them to sign all kinds of forms,” said Shelli Bischoff, their daughter. (SHELLI BISCHOFF)

Ed Palent, 88, and his wife, Sandy, 89, of Denver, similarly felt discouraged when they saw a new doctor after their long-standing physician retired. “They went for an annual checkup and all this doctor wanted them to do was ask about how they wanted to die and get them to sign all kinds of forms,” said their daughter Shelli Bischoff, who discussed her parents’ experiences with their permission.

“They were very upset and told him, ‘We don’t want to talk about this,’ but he wouldn’t let up. They wanted a doctor who would help them live, not figure out how they’re going to die.”

The Palents didn’t return and instead joined another medical practice, where a young doctor barely looked at them after conducting cursory examinations, they said. That physician failed to identify a dangerous staphylococcus bacterial infection on Ed’s arm, which was later diagnosed by a dermatologist. Again, the couple felt overlooked, and they left.

Now they’re with a concierge physician’s practice that has made a sustained effort to get to know them. “It’s the opposite of ageism: It’s ‘We care about you and our job is to help you be as healthy as possible for as long as possible,'” Bischoff said. “It’s a shame this is so hard to find.”

We’re eager to hear from readers about questions you’d like answered, problems you’ve been having with your care and advice you need in dealing with the health care system. Visit khn.org/columnists to submit your requests or tips.

KFF’s Kaiser Health News and The John A. Hartford Foundation will hold a 90-minute interactive web event on ageism in health care beginning at noon Eastern Time on Thursday, Oct. 21. Join us for a frank, practical and empowering conversation about this pervasive, systemic problem of bias, discrimination or stereotyping based on age.

KHN (Kaiser Health News) is a national newsroom that produces in-depth journalism about health issues. Together with Policy Analysis and Polling, KHN is one of the three major operating programs at KFF (Kaiser Family Foundation). KFF is an endowed nonprofit organization providing information on health issues to the nation.

This story can be republished for free (details).