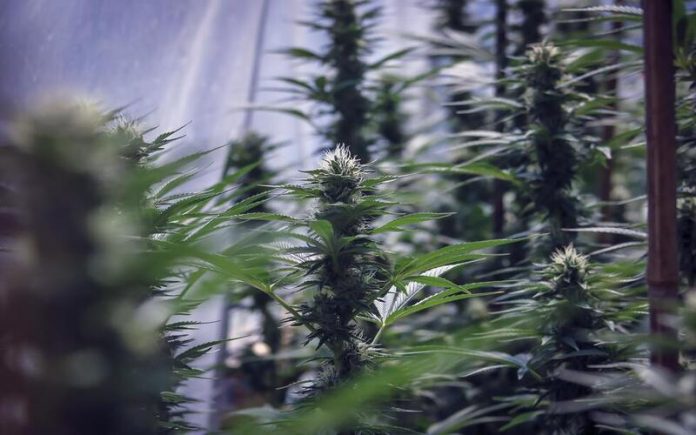 If you’ve never been up the North Coast of California into Humboldt County, it’s an unusual paradise.

The Pacific Ocean, violent and unpredictable, beckons visitors to a shoreline littered with fallen trees and rocky islands just out of reach.

It harbors a bit of magic and somehow the Kraken and Bigfoot don’t feel like fairy tales in the greatness of Humboldt’s often untamed wilderness.

This is the setting in which Case Mandel and Lizandro Salazar V built their bond with cannabis.

Before launching the county’s first operationally licensed botanical extraction company, they spent years living out of their trucks in ancient forests, tending secret fields, and learning firsthand why the Emerald Triangle is the world’s finest climate for cannabis cultivation.

As that brand continues to grow, he and Salazar are building a new kind of extract company. They’re using single-source, flash-frozen, sun-grown buds to form the foundation of their live resin line — Arcata Fire.

In this exclusive interview, we speak with Mandel and Salazar to discover their inspiration, their strategy, and what’s next for their award-winning line of live resin extracts.

Cannabis & Tech Today: When did you realize you wanted to launch ArcataX?

Case Mandel: I was the first one of us actually involved in hydrocarbon extraction even though Lizandro and I were using bubble bags years before.

I bought one of the first closed-loop extraction machines ever built in the early days of hydrocarbon extraction. After working in the traditional extraction market I met my wife.

She gave me an ultimatum — if she was going to continue to spend time with me and look to build a family, I needed to stop working in a market that could jeopardize my freedom.

Luckily, I had just completed an MBA and California just passed prop 64 for recreational legalization, so I took my skill set to the newly legal market.

My first step in creating the business was doing what I do best and connecting people.

I went out and found a capital partner as well as a partner for cutting-edge custom extraction equipment.

Then I brought in my high school best friend Lizandro [Salazar] to design and manage the project. He took it by the horns and we were able to become the first legal, operational extraction facility in Humboldt County.

Lizandro Salazar V: The aha moment was a little different for me. I was working on a cultivation premise, building it from scratch actually.

One morning we went down to the house to get our breakfast, and there was a huge convoy of sheriffs, the state water board, natural resources, fish and wildlife… all these people were there.

The next thing I know there were shotguns in my face. Long story short, they let us go, but we ended up being the first farm in the application process in Humboldt County to get raided.

When I saw that happen, I was like, “Wow, legal cultivation is a little bit sketchy.” We need to look to manufacturing as a potential next step.

Very shortly after we started, we realized the industry was commoditizing extremely quickly. Within a few months we saw prices start dropping, and as that drop started happening, margins changed, competition went up.

C&T Today: What’s unique about what ArcataX is doing in the industry?

LS: We’re one of a very few companies that actually go to farms to harvest the crops ourselves.

We started doing these harvesting SOPs, which were all about preserving the freshness of these aromas and profiles, to be representative of what that plant smells like while it’s growing.

Because of the scale of our equipment, we were also able to harvest and freeze within a very small amount of time, and also extract that material — sometimes the same day.

If you’re harvesting 2000 square feet, and it takes you two months to extract, well that’s cool, but we would harvest a couple thousand square feet and extract it the following day.

We were able to take these gardens all the way from peak ripeness to almost a finished product in very, very little time.

Then we started seeing the data around these oils being extremely high in terpene content, extremely diverse in types of terpenes, even terpenes you wouldn’t ever see at other places. Then we realized this is something really special.

Then we started really digging into — not only how fast can we extract this material, but how pure can we make it?

That’s where our solvent-free process became one of our foundational components. We use certain solvents that were chosen because of the selectivity they have when attracting these certain special cannabis compounds.

Then, recovering all of that solvent out of the finished product to a non-detectable level.

LS: The plant itself has a code, or a recipe, or a certain fingerprint it’s putting out. Every strain and every plant has a different one.

Within that code, there are good things and bad things. Through our extraction process, we can pull out what we consider the best parts of that code.

We don’t want to break that code into little chunks.

We want to make sure it’s cohesive because that terpene profile, that certain amount of potency and cannabinoids, types of cannabinoids and flavonoids, and all of these other compounds … those all are part of the musical orchestra that creates the symphony that is the experience that has given us award-winning results.

What live resin does, is it captures that essence at the moment of harvest and preserves it almost in its entirety.

When you open a jar or take a hit, you’re basically getting that same experience as if you were walking to that farm, squeezing that flower, and smelling it yourself.

C&T Today: ArcataX sources much of its feed material from micro-climates. Why is that important to you?

LS: Systems of plants and animals typically work better when there’s a diversity of different species occupying different parts of the three-dimensional environment.

Our farms are usually surrounded by acres of forest. Our farmers typically plant tons of different types of species around their gardens that bring in predatory insects that eat pests.

On the soil side, a lot of our farmers have been building their soil for decades and decades. These soils are native, and they’re extremely nutrient rich.

A lot of these soils, because of the water table and the proximity to the river, have an ability to wick up during the night and then down during the day. Our best farmers don’t even have to irrigate.

C&T Today: You launched Arcata Fire earlier this year and took first place in the Live Resin Cartridge Category at the Emerald Cup. What do you think made your product stand out to the judges?

CM: Our win with the judges was a representation of the incredible starting material we’ve been able to source as a result of the relationships we’ve developed over the past twenty years.

That material, coupled with the SOPs we’ve developed over hundreds of thousands of pounds of extraction, gave us the advantage.

LS: There’s a sentence you’ll hear around the industry: fire in, fire out.

You can’t get a good finished product unless you start with something good. Arcata Fire is from our best of our best, premium crops that we won’t sell to anyone else because it is so coveted by us.

It’s all single source, meaning it all comes from the same place.

It’s all single batch, meaning that I don’t mix and blend different strains together.

It’s all 100% live resin, which means everything that’s in each product is 100% derived from that flash-frozen material.

There are all these little things that come together and create a place where the consumer is saying, “Wow,
this is the best cannabis product I’ve ever had,” and we see that now almost every day.

It’s just taking California by storm and we’re really proud of it. ϖ