Uh Oh! What to Do if The Condom Fails 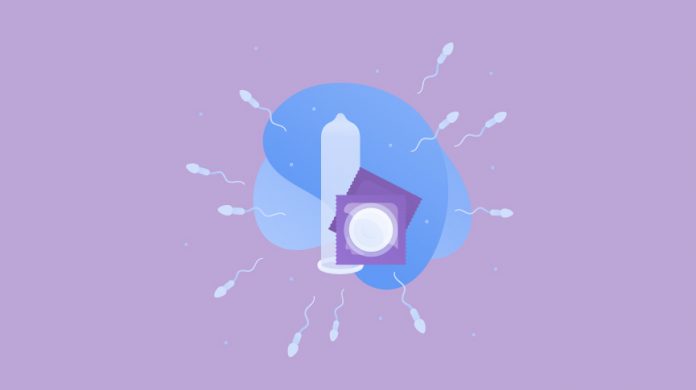 You and your cutie are getting it on.

It’s getting hot and heavy and all of a sudden “Oh *insert expletive of choice here*!” You realize that the condom broke.

That heart-sinking moment where your life as you know it flashes before your eyes and you start thinking about every possible scenario. We understand just how scary this can be.

First off, know that you did nothing wrong. These things happen, the best thing to do is to have a clear course of action and take whatever steps you need to for your health and wellbeing.

If your main concern is pregnancy, the good thing is, it can be more difficult to get pregnant than you may realize.

Typically people can only get pregnant while they’re ovulating, or right before or right after. For most people, they only have a handful of days a month where they’re likely to get pregnant, the few days leading up to ovulation, the day of, and the day after. Even if you do have unprotected sex during this time, you may not get pregnant.

Take The Morning After Pill

If you’re concerned about pregnancy, you may want to try taking Plan B or another emergency contraceptive pill.

Depending on the pill, you should take these within three to five days after having unprotected sex. That being said, the sooner you take them, the more effective they are.

You can get these over the counter in most pharmacies and drugstores.

Another emergency contraceptive option is the copper IUD. If inserted within five days of having sex, the copper IUD is 99% effective at preventing pregnancy.

Unfortunately, you typically can’t know if you’re pregnant until the first day of your missed period.

If you don’t have a regular period, it can be difficult to determine when you’re ovulating, and whether or not your period is late. Try taking a pregnancy test two weeks after the condom breaks, and then a week later if need be.

Get an STI Test

Depending on who your sexual partner is, you may be concerned about sexually transmitted infections as well as pregnancy.

If you and your partner are exclusive and have both been tested since you’ve been together, you might not need to worry about that. But if it’s a casual partner, you’re non-monogamous, or are sleeping with other people – STIs should be on your radar.

It can take a few days to a few weeks for STI symptoms to show up. Many people never experience symptoms for some of the most common STIs, however, they can still cause long-term side effects like fertility issues.

Although you want to be proactive about getting tested and know your results right away, most STIs have an incubation period before they will show up on a test. You’ll most likely need to wait to get tested for two to four weeks after the condom breaks.

Try making an appointment right away so that you don’t forget, and can easily go in once it makes sense to do so.

It’s a good idea to get an STI test with a new or non-monogamous partner anyways as STIs can be spread through skin-to-skin contact, even if your condom doesn’t break.

Although HIV can take multiple tests to properly diagnose if you think you may have been exposed to the virus, you can talk to your provider about taking PEP.

PEP, or post-exposure prophylaxis, is an emergency medicine that is highly effective at preventing the transmission of HIV when taken within 72 hours of exposure.

How to Prevent a Condom From Breaking

Some things are out of our control, including condoms breaking, but there are some steps you can take to help prevent that from happening.

Usually, you can feel it break, or see that it did after, but In rare cases, you may not realize the condom broke. The tips above can help keep you safe from undetectable condom breakage.

Keep in mind that even when used correctly, condoms are about 98% effective at preventing pregnancy. It’s still a good idea to have this on your radar and get regular STI tests, depending on who you’re having sex with.