What Are My Abortion Options? 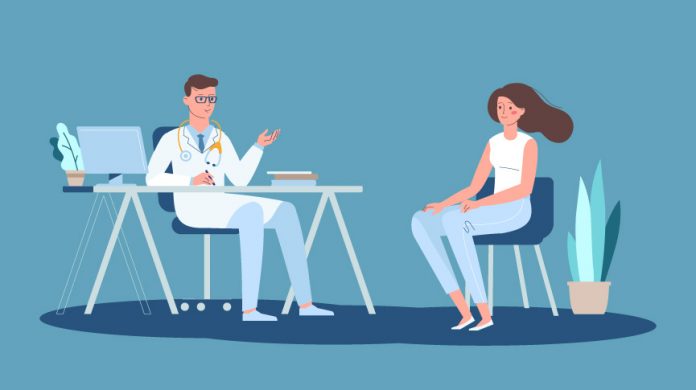 If you’ve made it to this article, chances are you’re either considering having an abortion, have already decided to have one, or are looking for information for a loved one.

You might feel overwhelmed and unsure of how to navigate the information and choices out there. We’re here to break down your abortion options and help give you some clarity during this time.

There are five different kinds of abortion procedures that are used, however, the type of abortion done depends on how many weeks gestation you are, and other factors like medical history.

The term medical abortion often throws people off, but this is an abortion that is done by taking a series of two medications: mifepristone and misoprostol. This method can be used up until the tenth week of pregnancy.

Your provider will typically give you the first pill in their office, with instructions to take the second one either orally or vaginally once you get home. Within one to four hours after taking the second pill, you’ll start to bleed heavily and cramp. Other common side effects include sweating, dizziness, headaches, tiredness, nausea and vomiting, and passing small blood clots.

For most people, this process takes about four to five hours, but for some, it can take up to two days.

This might not be the right method for you if you:

Depending on where you live, this procedure is sometimes covered by insurance. There are new companies that are pushing to expand access by offering mail delivery for a completely at-home medical abortion.

When taken together, this combination is called (MTX) and can be used during the first seven weeks of pregnancy.

This method is a similar process to taking mifepristone and misoprostol, with most of the same side effects.

The big difference is that MTX is used mainly for people with an ectopic pregnancy, which can be life-threatening if not terminated.

It also tends to take longer. Anywhere from a few days to a few weeks, and in some cases, up to a month.

Sometimes called suction aspiration, this kind of abortion is performed during the first trimester, or early into the second, up to sixteen weeks gestation.

This procedure is done in a clinic or hospital setting and lasts about five to ten minutes. You may feel some cramping during it, as gentle suction is used to pull the placenta and fetus out of your uterus.

You may feel discomfort for a week or two after the procedure and may experience other common side effects like bleeding or spotting, nausea, sweating, dizziness, and cramps.

Some people opt for this method over a medical abortion, or it is used in the rare chance that a medical abortion fails. It is not recommended for people with an abnormally shaped uterus, a pelvic infection, serious health problems, or blood clotting disorders.

Commonly referred to as a D&E, this method is done typically after fourteen weeks gestation in the second trimester.

This procedure is sometimes done over two days. On the first day, your cervix is dilated. This makes it easier for the following steps where your provider removes the fetus and placenta using forceps, and then suctions and scrapes out the uterus.

D&E is typically done when someone has waited to have an abortion, or if the fetus has a medical problem or severe abnormality.

This is done in a clinic or a hospital and typically takes less than thirty minutes.

Side effects include cramping, bleeding, and nausea, and you may feel discomfort for a couple of weeks afterward.

While rarely used in the United States, an induction abortion is typically done when someone is no longer eligible for a D&E, or if they’re past twenty-four weeks gestation.

During an induction abortion, you are given medicine that induces, or starts, labor, so that your uterus eventually releases the pregnancy. Your provider may then clean out the uterus using suction or with a spoon-like device. Some people choose to have pain relief options much like they would during labor.

This procedure is typically the most expensive abortion option, and may or may not be covered by health insurance.

No matter how you’re feeling about choosing to have an abortion, we all need support. Whether that be physical, emotional, or mental, you deserve to be supported before, during, and after your abortion.

Some abortion clinics have in-house support outside of their medical staff. These people are there to hold your hand, give you water, and offer other sorts of emotional support.

Many full-spectrum doulas can support people through all outcomes of pregnancy, including abortion. You can find one through the Doula Match website, by doing a browser search, looking on social media, or asking local midwives and birth centers.

Abortion doula support will look different for everyone, but it involves helping you be comfortable through the process and supporting you emotionally as you process it.

If you have a friend that you feel safe and comfortable with, you can ask them if they would be able to provide support.

Abortion support doesn’t stop after the procedure is done. Your body and mind may take time to heal, and it’s important to practice self-care after abortion, and seek outside support when necessary.

My Body, My Choice

Choosing to have an abortion is a highly personal choice. When and why you choose to do it is totally up to you, and you don’t owe anyone an explanation, who isn’t there to support you.

The website Shout Your Abortion is a great resource to turn to for empowering abortion stories. There you can find stories about all kinds of situations where people had abortions including those who were already parents, late-term abortions, people who felt autonomous and brave about their decision, and many more stories.

If you’re unsure about what to do or feel nervous about telling people, remember this saying “My body. My choice.”

What I Eat in a Day with Noel Davis