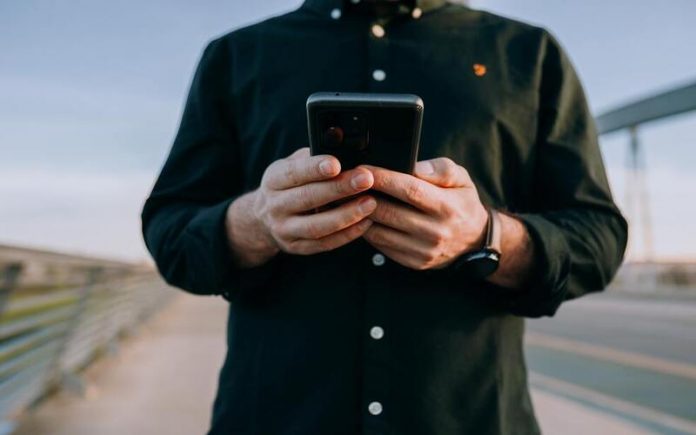 Not long ago, the cannabis and tech industries were abuzz with the groundbreaking news that Apple would allow cannabis-selling apps into its App Store, under certain guidelines.

The new policy was announced as part of updates to Apple’s App Store Review Guidelines, and marked the very first time that one of the biggest leaders in tech Big Tech brought forth explicit changes that sanction the legal cannabis market on its platform.

(Before this shift, cannabis app users were redirected to a web-based service to complete their sales and delivery.)

This has been heralded as a major move towards federal legalization. Just as importantly, it is a huge victory for both consumers and businesses of all sizes.

Recent analysis from tech company jmango360 reports that 70% of Americans have smartphones, and 50% have tablets.

Those two categories drive more than 70% of all digital traffic in the United States.

Moreover, they said, “recent research shows that 90% of their mobile time is spent in apps, and only 10% browsing the rest of the internet. In the ecommerce space, the contrast is even more glaring” — mobile app users spend twice as many minutes per month shopping compared to website users.

This means a whole new experience for many cannabis sellers and buyers. Here are a few of the key differences in what this means:

On the other hand, the business that are most at-risk are the “traditional” retailers: brick-and-mortar establishments that likely have the narrowest delivery area and, from what we’ve seen on the tech side, have been the slowest to embrace online sales (other than as a pandemic-era accommodation).

One concern I’ve heard is that a massive influx of Big Tech is largely driven by huge delivery services and other chain businesses, which can freeze out smaller businesses by inhibiting their growth.

Would the incoming assortment of apps from established and well funded delivery services create a Walmart/Amazon effect that hurts and ultimately drives out smaller retailers?

In my opinion, that threat is also a key asset.

The geofencing requirement, for instance, will place single-location dispensaries side by side in the consumer’s eye line with major players with statewide coverage.

This can be a great equalizer where smaller businesses are given equal real estate in the search for customers.

One thing is for certain: that mobile app use is the future of consumer behavior, in cannabis as well as any other retail industry and we are just seeing the tip of the digital iceberg in what’s next.