What Dr. Virginia Lindahl Wants You to Know About Suicide 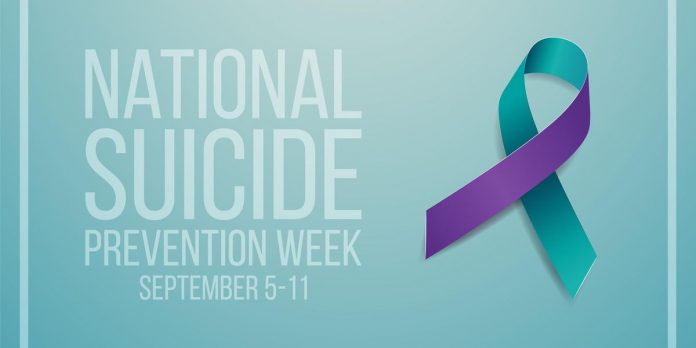 Almost 50,000 Americans died by suicide in 2019 — and more than 1 million people made suicide attempts. Yet people still don’t know a lot about this public health crisis.

As part of National Suicide Prevention Month, we spoke with Virginia Lindahl, Ph.D., a clinical psychologist and the president of the board of directors for the American Foundation for Suicide Prevention’s National Capital Area Chapter, to find out what we all need to know about this important topic.

HealthyWomen: What do people not undersand about suicide?

Virginia Lindahl: We don’t know why some people in crisis don’t reach out for help. That’s why it’s so important to trust your gut. If you see someone you think is in trouble, ask them directly if they’re feeling suicidal. People are often afraid to ask because they think they might put the idea in the person’s head, but that’s not the case. Years and years of research have shown you can’t do that — but what you can do is save a life.

HealthyWomen: What are some known risk factors for suicide?

Virginia Lindahl: It’s easy to overstate the importance of risk factors. Suicide is the result of a really complex interplay between risk factors and life stressors. They can create what is literally a toxic mix of hopelessness and despair.

The strongest risk factor for suicide or suicide attempts is someone having made a suicide attempt in the past. But years of research have also identified a lot of other risk factors — things like mental illness but also social isolation, financial stress, lack of access to mental health care, substance abuse and having a history of childhood abuse. The good news is there are also protective factors for suicide — things like social and community support, strong coping skills, and access to mental health care.

HealthyWomen: Is there a genetic component to suicide?

Virginia Lindahl: Yes, suicide can run in families. The Hemingway family is a famous example of a family where there were multiple suicides over several generations.

Many studies show a genetic link, but studies have also shown that there is not one particular gene implicated in suicide. It may be that different genes can lead to the same place — suicide — or that you need to have multiple genes acting together. There’s almost certainly an interplay where stressful life events trigger some genetic predisposition, which causes suicidality. But there’s a lot more to learn.

HealthyWomen: What are some of the biggest misconceptions around suicide on a societal level?

Virginia Lindahl: Most people don’t understand the scope of the problem. Suicide is the 10th leading cause of death in the United States, and the second leading cause of death in people ages 10 to 34. This is what the latest data from 2019 tells us, but this number may have gone up or down during the pandemic. And the effects of the pandemic may be different for different populations.

Suicide attempts are also a huge problem. For every death by suicide, we estimate there are 25 attempts.

HealthyWomen: How can we support someone with mental illness who may be at risk for suicide?

Virginia Lindahl: First, it’s really important to know that the vast majority of people with mental illness never even attempt suicide. But the majority of people who die by suicide do have a history of mental illness. If someone has a mental health condition or their mental health appears to be getting worse, the best thing you can do is to pay attention and intervene when you can.

Knowing the warning signs that someone is in crisis can help you save a life. So, first of all, if someone is very depressed or seems hopeless, that’s worrisome. If they start giving away their possessions or withdrawing or saying they don’t have a reason to live, those are things I’d be really concerned about. And when people say they feel hopeless or they feel like they’re a burden to other people, that’s definitely something to pay attention to.

That’s when you need to ask them directly, “Are you feeling suicidal?” If they are, be there to offer support, and help connect them with resources. Ask if the person owns a firearm and if they do, ask to hold it for them until they’re out of crisis. This isn’t about taking their firearm forever — it’s about protecting someone you care about.

HealthyWomen: How can we support those who have lost loved ones to suicide?

Virginia Lindahl: This is such an important question. After most deaths, people aren’t sure what to do or say, and this is even more true after a suicide. In fact, research shows higher rates of friends and family members rejecting and abandoning people after the death of a loved one when the death was by suicide. So try to be there for the person (even after the funeral). Ask the person what they need. Don’t just say, “Call me if you need anything.” People are often too overwhelmed to think of reaching out. Be specific: “Can I pick up the kids from school?” Also, remember to talk about the person’s life, not just their death. With suicides, it’s so easy to get swamped in the way the person died that the way they lived gets lost.

HealthyWomen: What should we not say to someone who has lost someone to suicide?

Virginia Lindahl: It’s important to know that the grief that goes with suicide loss is a different kind of grief than any other. There tends to be a lot of shame, blame, doubt and questions. Sometimes people feel responsible for the death, directly or indirectly.

So if people say things like “How could they be selfish? How could they leave so and so behind?” it is tremendously hurtful. It’s also a misunderstanding of the suicidal mind. Most people who kill themselves do it in a moment of crisis. Lots of suicide attempt survivors say that they were in unbearable pain and felt like suicide was the only way out and that their loved ones would be better off without them.

Don’t say anything that starts with “at least,” like “at least you still have another son” or “at least she lived a long life.” And please, don’t ask how the person killed themself. These may be some of the most painful details about the death. Asking this question risks making the person feel like you’re trying to get “juicy details,” not support them in their grief.

HealthyWomen: Why should we say “died by suicide” instead of “committed suicide”?

Virginia Lindahl: The word “commit” has really judgmental connotations. It makes you think of committing a sin or committing a crime. In fact, suicide is an actual crime in a lot of states, but this in itself is is enormously stigmatizing. So saying someone “died by suicide” or “killed himself” helps communicate a more nonjudgmental message about suicide that can help combat the stigma.

HealthyWomen: What else can we do to reduce the stigma?

Virginia Lindahl: Sharing your own story about feeling suicidal or having lost someone to suicide is really powerful. And if someone tells you their story, listening and not judging helps end the stigma.

The American Foundation for Suicide Prevention has annual “Out of the Darkness” walks to raise awareness and to remember those we’ve lost to suicide. A lot of loss survivors and people with lived experience walk, but we also see people who haven’t been affected by suicide come out to support people. That solidarity: “I see you, I hear you, and I’m with you” is enormously powerful and helps to reduce the stigma around suicide.

If you or someone you know is having a crisis, please reach out to the Suicide Prevention Lifeline at 800-273-8255.

Changing Your Mind About Something as Important as Vaccination Isn’t a Sign of Weakness – Being Open to New Information Is the Smart Way...