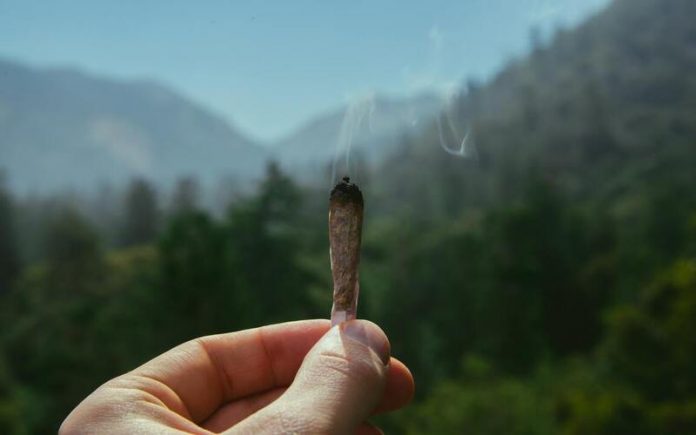 Trade shows are back! And some are getting busted.

Rumors abound over what went down with the Champs trade show raid.

Word on the street is that someone in civil service, possibly even the DA’s office, received a hot sample that violated the venue’s policy.

“HoF” is still the best show when linking directly with brands and retailers while retaining the spirit and culture of the cannabis community.

Speaking of raids, federal agents seized more than a ton of marijuana in Detroit last week.

In a news release on Tuesday, officials with the U.S. Customs and Border Protection discovered approximately 2,583 pounds of cannabis in Motor City, during a tractor-trailer inspection, in Detroit’s Fort Street Cargo facility.

According to The Detroit News, the commercial vehicle entered Detroit from Canada via the Ambassador Bridge and was directed to the facility’s secondary inspection area.

The truck’s manifest listed the cargo as aluminum caps but hid nearly a ton of pot amongst the pallets.

Black-owned multi-state operator (MSO) TheraTrue received approval to open a new facility, and the company has set its sights on Louisville, GA.

According to the local media outlet, WFXG, the company plans to convert an old factory into a brand new medical marijuana cultivation site.

The company’s class two license allows it to open a 50,000 square foot facility.

The licensing also allows TheraTrue extracts cannabis oil and uses it in various prescription-grade products that do not contain more than 5% THC.

There is no word on whether “cancel culture” played any part in separating the companies.

Both parties claim that they have mutually agreed to end their relationship and it is an amicable breakup.

The companies partnered in Canada before cannabis legalization in 2018.

Houseplant cites in a release that the Canadian market has significantly grown.

The split allows the company to independently operate while Canopy focuses on wholly-owned brands for the Canadian market.

The Long Shot actor was not available for comment.

Field Trip is listed on the Nasdaq, while Cybin received final approval to list on NYSE American using the ticker CYBN.

The study evaluates “this rapidly-growing and diversifying industry, analyzing methods of extraction, the types of extracts and extract-based products currently available, technology advances, supply chain, regulations in North America and Europe, and the current state of the market,” the company says.

The International Association for the Study of Pain (IASP)’s task force will review and evaluate current clinical evidence for the benefits and harms (including psychiatric risks) of cannabinoids as analgesic drugs.

According to the IASP, “This will be primarily by reference to existing systematic reviews (perhaps with a search update) rather than conducting a new evidence synthesis.”

In other words, the task force will rehash already published studies, perhaps to determine what the cannabis community already anecdotally knows: cannabis may help alleviate pain.

Care by Design’s Relief line of soft gels, gummies, and tinctures (along with various cannabis products) is marketed in that capacity.

However, cannabis is not a panacea, and while it helps many with myriad ailments and conditions, it sometimes sickens people when not taken in moderation.

The cases remained on the docket primarily due to open arrest warrants.

With full cannabis legalization now in effect in New York, this action demonstrates to other courts throughout the state the power to undo the harms done, mainly to communities of color during prohibition.